Milestone for Sorensen in AKC in Wodonga

Milestone for Sorensen in AKC in Wodonga 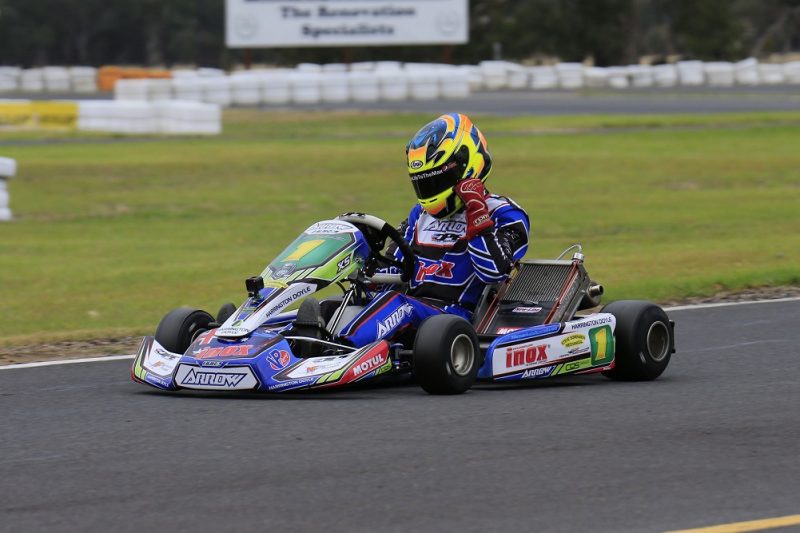 Scott Sorensen has taken a KA1 record-equalling round win in Round 2 of the SP Tools Australian Kart Championship, presented by Castrol Edge in Wodonga.

The win is Sorensen’s eighth in the class, tying him with Bart Price, Neil McFadyen, and Pierce Lehane.

Rounding out the podium were Broc Feeney and Round 1 winner Lachie Dalton.

In KA2, debutant James Wharton became the youngest driver to win a round in the class, catching runaway leader Blake Purdie and passing him on the final lap.

Matthew McLean likewise won all races and took the fastest lap of the weekend in KA3 Senior, taking over the championship lead as a result.