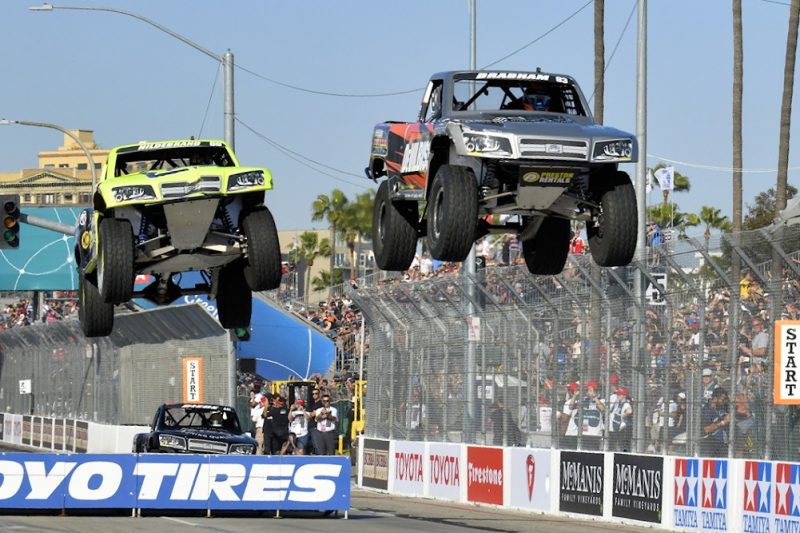 Matt Brabham continues to lead the Stadium Super Trucks series with results of fourth and a win in the latest weekend of racing at Long Beach.

Brabham started Race 1 in 13th as part of the series’ standard reverse grid format and had climbed nine positions when the race came to a premature end after Apdaly Lopez rolled off a jump.

Brabham was 12th on the grid for the second and final encounter and had made it up to fourth by the first Competition Caution.

He soon passed Aaron Bambach and Morris, before outbraking Jeff Hoffman for the lead at Turn 1.

The American-Australian played defensive after the second Competition Caution, but when Blade Hildebrand locked up and took Hoffman with him up a run-off area Brabham could get home comfortably.

Cole Potts, Gavin Harlien, Gordon, and Morris made up the top five.

SST returns to Australia to support the Perth SuperSprint on May 4-6.