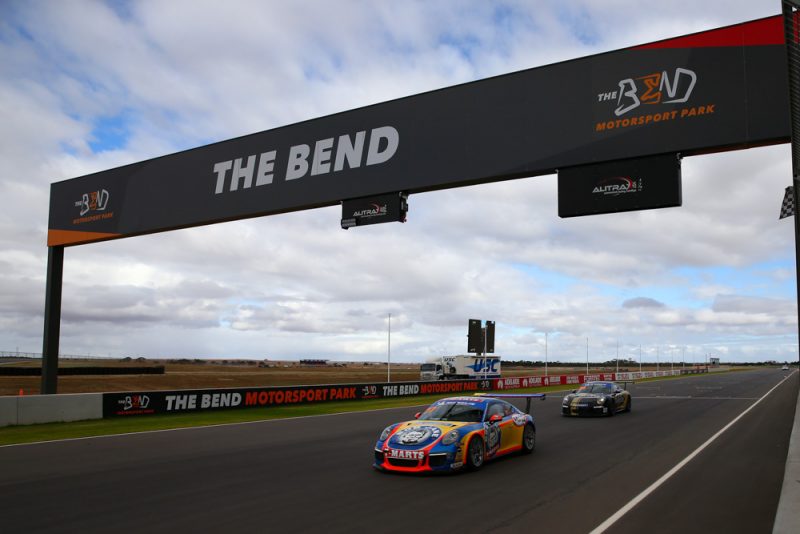 Two wins for Max Vidau saw the Sonic driver win the opening round of the Porsche Michelin GT3 Cup Challenge at The Bend Motorsport Park.

Vidau headed Cooper Murrary in both races, with Simon Fallon rounding out the podium in Race 2, and Jimmy Vernon taking third in Race 3.

The third race saw the duo dice for the lead, 16-year-old Vidau claiming the outright and Pro class victory for the first round of the 2018 season.

Jimmy Vernon claimed his best result of the weekend in third place from Simon Fallon, who placed third for the round.

Luis Leeds had a horror final race, taking to the lane with technical problems, though still managed to snare fourth place in the Pro class for the round from Vernon, Chelsea Angelo and Dan Day. 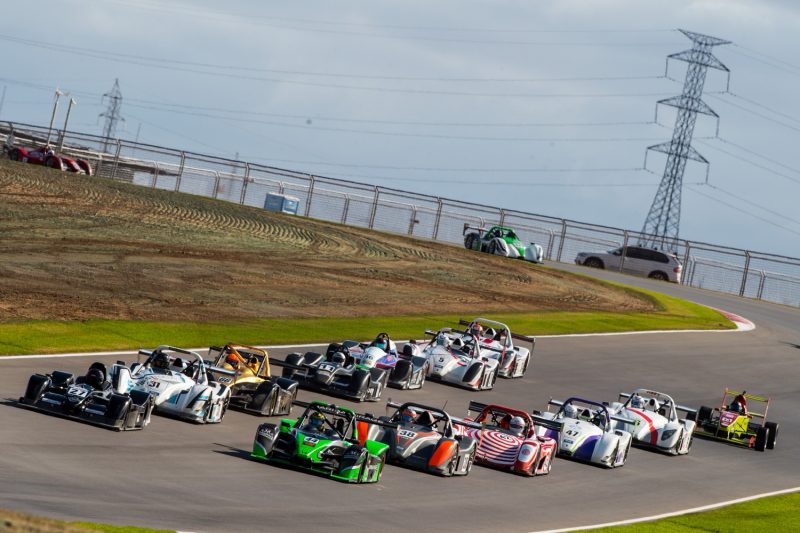 Barlow won Race 2 and was leading the final race of the weekend before his engine spectacularly blew just after half-distance.

Paddon’s Race 3 victory elevated him to the round victory in his Radical SR3, as well as the Radical Cup class.

Drake finished third in Race 2 and battled with the leaders in Race 3 in the Wolf CN cars in category debut. 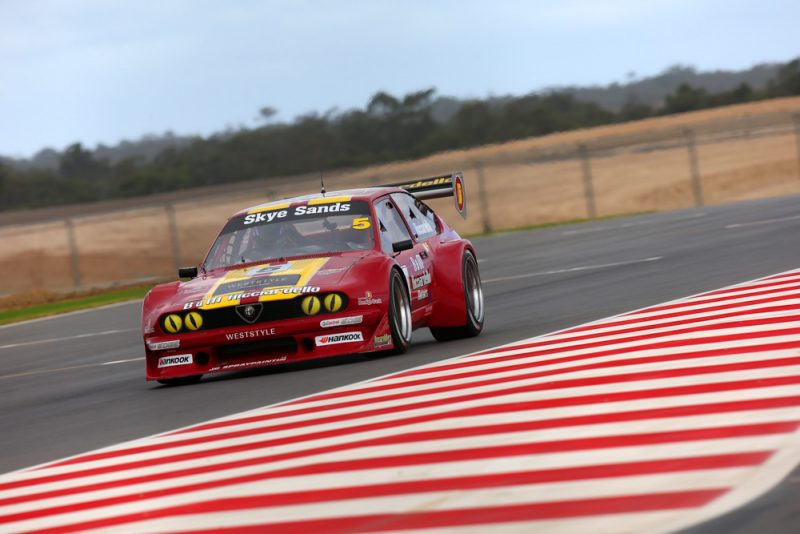 Tony Ricciardello won the opening round of the National Sports Sedans season after claiming victory in the final race of the weekend.

Ricciardello then headed Thomas Randle in Race 3, the Tickford driver having run into mechanical problems in Race 2.

Jack Perkins also ran into trouble, which ruled him out of the last race of the weekend.

Having dominated Race 1 before sitting out Saturday’s Race 2, Jack Le Brocq returned to win races 3 and 5.

Mark Eddy (Nissan Skyline) was second in Race 5, by just under six seconds behind Le Brocq with Allisey third.

Behind the Winslow/Shahin combination, which had led the opening dozen laps, was Kim Burke.

The Neilsons claimed the round win with Haggarty second, and Chris Medland third for the weekend.

Earlier in the day Seabrook took the Race 3 victory, with Rusty French second and Doug Barbour rounding out the podium.