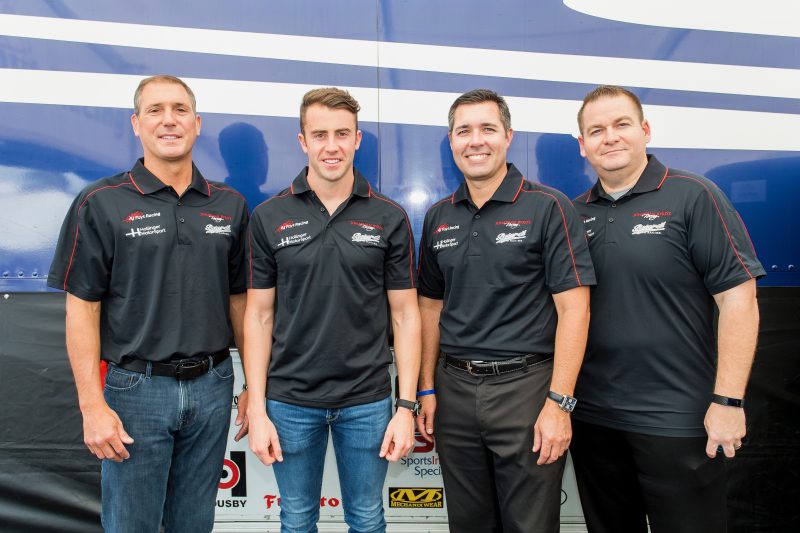 James Davison will race in this year’s Indianapolis 500 in an AJ Foyt Racing with Byrd-Hollinger-Belardi entry.

The drive comes about as a partnership between Jonathan Byrd’s Racing, Hollinger MotorSport, and Belardi Auto Racing, and comes off the back of Davison’s performance filling in for the injured Sebastien Bourdais in last year’s race.

The Australian will this time line up in Foyt’s third Chevrolet-powered car for May’s 102nd running of the Indy 500.

“I am honoured to be driving for the legendary AJ Foyt with Byrd-Hollinger-Belardi at the Indianapolis 500,” said Davison.

“This will be my first full two-week program in the four years that I have been a part of the event now.

“We have expectations to meet and I cannot wait to get after it.”

Despite starting last after not qualifying in the car himself, Davison briefly led last year’s Indianapolis 500 before crashing out in an incident with Oriol Servia on Lap 184.

Jonathan Byrd’s Racing has previously partnered with AJ Foyt Racing at Indianapolis while Indy Lights outfit Belardi Auto Racing is taking on the 500 for the first time.

Brad Hollinger owns Vibra Healthcare, as well as a share in the Williams Formula 1 team, and sponsored Davison when he substituted for Bourdais in 2017.

“I’m happy to be joining with Byrd, Hollinger, and Belardi for this entry,” said team principal Larry Foyt.

“They have worked hard to ensure we will have the resources for a strong program.

“James has shown he can do a great job at Indianapolis and I think this entry will be a great addition to this year’s 500.”

Practice for the Indianapolis 500 begins on Tuesday May 15, with the event culminating in the race itself on Sunday May 27 (local times).