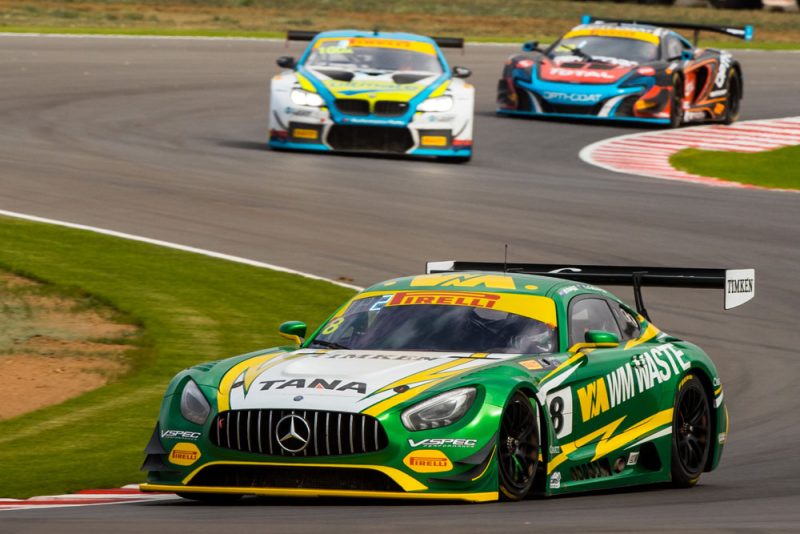 Dust clouds and high winds saw officials elect to cancel the opening hour of the race, which was slated to start at 17:20. 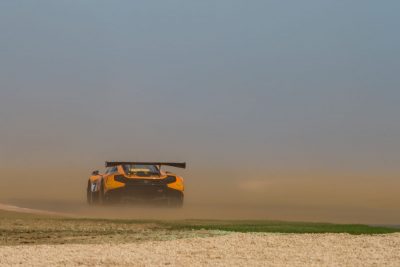 Dust clouds at The Bend

Instead, Australian GT will now run a single 2hour 40minute race on the shorter International circuit on Sunday morning.

“In the interests of safety following a number of extreme weather instances, Round 2 of the 2018 CAMS Australian GT Championship has revised its weekend schedule,” read a statement from the category.

“Extreme weather has resulted in significantly reduced visibility across the weekend, with forecasts showing conditions are set to continue.

“In response, Australian GT category management and CAMS has agreed that, in the interests of safety for all parties, this afternoon’s scheduled race will be delayed until Sunday morning.”

Qualifying had been held as planned, using the longer 7.77km circuit.

Twigg and D’Alberto ended proceedings less than 0.02s ahead of Luke Youlden and Yasser Shahin in another Mercedes-AMG GT3.

The two-part qualifying session, which saw both drivers set a time before being averaged to determine the grid, saw D’Alberto second fastest in his 30-minute hit-out behind Youlden.

Twigg was third fastest in his session, trailing Liam Talbot (Porsche) and Peter Hackett (Mercedes) but enough to result in pole courtesy of a combined average of 3:06.968s.

David Reynolds and championship leader Jaie Robson logged the fifth best time in the averaged qualifying results, one spot up from Steve Richards and Michael Almond in the BMW M6 GT3.

Garth Tander will start eighth with Geoff Emery in the Audi R8 LMS, while Shane van Gisbergen and Tony Quinn will line up 12th in the McLaren.

The revised Australian GT race is now scheduled to begin at 10:25 on Sunday morning.