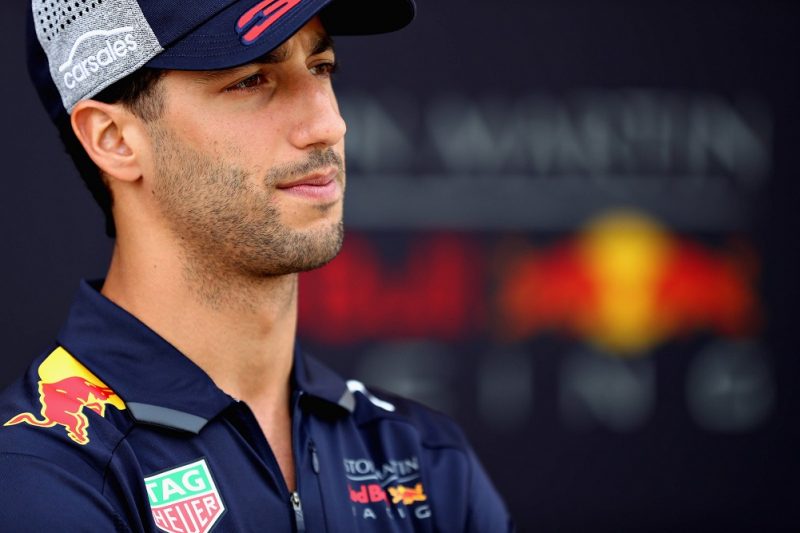 Daniel Ricciardo believes that a grid penalty is inevitable this season after being forced into power unit changes due to his Bahrain failure.

The FIA has confirmed that the #3 Red Bull racer is running with a new Renault energy story and control electronics this weekend at the Chinese Grand Prix.

This year’s energy store allowance is two for the season, meaning a further change will trigger a grid penalty for Ricciardo.

“We’ve got a second one; if we do it again then we’ve got a penalty,” said Ricciardo regarding the energy store failure.

“Two have to last the year and one, I believe, is in a bin in Bahrain. We survived with one for one race.

“It’s more likely than not we’ll have a penalty. Hopefully it’s happening later.”

Ricciardo did not make it past Lap 2 in Bahrain before suffering the failure, which he described as “brutal” at the time.

The West Australian says that he is trying to keep his emotions in check for the time being.

“I was more disappointed, it’s too early to be frustrated,” explained Ricciardo.

“Just to start being frustrated and overdrive, I don’t think that’s the right mindset right now.

“I was disappointed with the result, I wanted to break something, but I’m not at the point where I’m frustrated.”

Practice for the Chinese Grand Prix is taking place today.