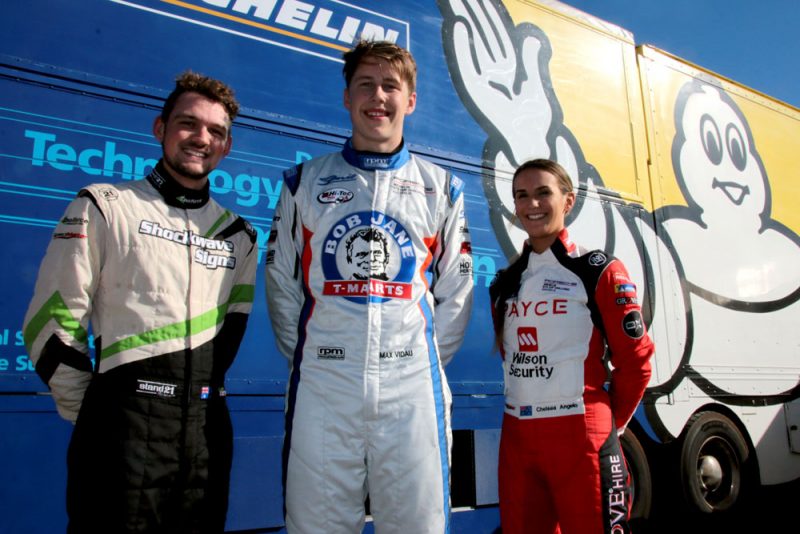 Porsche has confirmed the three drivers who will join the Michelin Junior program within this season’s Porsche Michelin GT3 Cup Challenge Australia series.

Jimmy Vernon, Max Vidau, and Chelsea Angelo will receive financial benefits, an allocation of Michelin tyres, access to training, mentorship and education throughout the year.

“I’m thrilled to be part of the Junior Programme, which will provide a huge opportunity for me at this stage of my career,” said Angelo, who has joined the series with Wall Racing for 2018.

“I’m looking forward to work closely with Porsche and Michelin during the 2018 season.

“My goal has always been to reach Supercars, but to see drivers like Matt Campbell, Jaxon Evans and Jordan Love use GT3 Cup Challenge as a platform into Carrera Cup – and in Matt’s case, into Europe – has certainly opened my eyes to the Porsche pathway.

“Being a Michelin Junior, I feel, will help in my pursuit of progressing my motorsport career.”

Vernon enters GT3 Cup Challenge after winning the Toyota 86 Racing Series in 2017, and will drive the car Matt Campbell drove to victory in Carrera Cup in 2016.

“I looked at racing in GT3 Cup Challenge after seeing Matt Campbell and his rise with Porsche. I’m now with McElrea Racing, who has proven that this is possible. So with their knowledge, I hope to rise up the Porsche Motorsport Pyramid with the team,” Vernon said.

“If you look at brands like Porsche, they have involvement in motorsport worldwide and I hope that I can continue with Porsche to ultimately replicate the path of someone like Matt Campbell,” Vidau added.

“Not only has Matt secured international endurance drives with Porsche, but he has also maintained a racing presence in Australia with his Supercars enduro duties.”

The trio will form part of the 26-car field at this weekend’s Shannons Nationals season opener at The Bend Motorsport Park in South Australia.

Porsche GT3 Cup Challenge has three races across the weekend, with practice on Friday and qualifying on Saturday.

Previous Story VIDEO: The Bend construction from start to finish