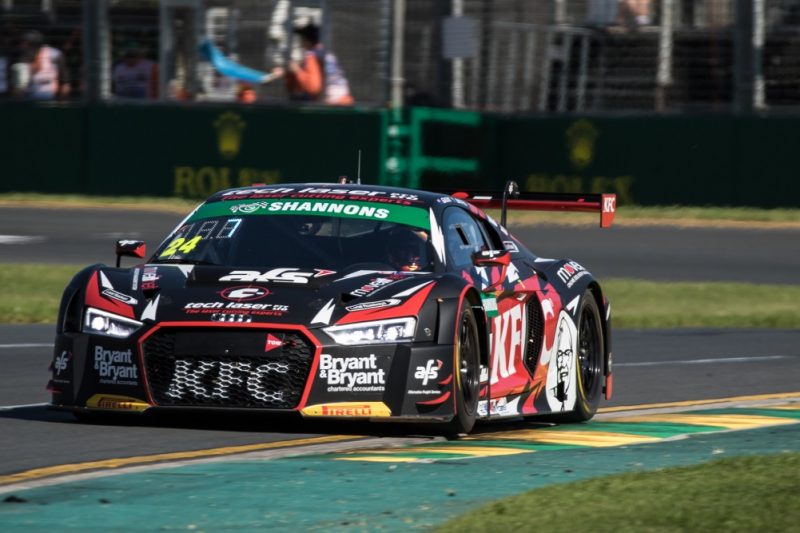 De Borre, who engineers Chaz Mostert in Supercars, has worked on Audis in Australian GT a number of times in the past and will be part of the KFC/Moveitnet crew for The Bend’s first competitive motor racing meeting.

Bates is sharing the #24 R8 LMS with New Zealander Daniel Gaunt, as he did in the season-opener at Albert Park and will for the other two AEC races this season.

“Dan and I worked very well together at the Grand Prix and since then, we’ve found some significant improvements in the car which should make it a lot more competitive,” said Bates.

“We’ve also engaged the services of Adam De Borre, who has achieved a lot of success in Supercars with Chaz Mostert, and will be a valuable asset to our campaign.”

The Australian GT field will tackle the 7.77km, 35-turn GT Circuit, which incorporates most of the 4.95km International Circuit which the Virgin Australia Supercars Championship will run on in August.

Bates says that the lack of existing data on the new circuit will make for a challenging initiation.

“Normally, when I visit a new track for the first time, I will prepare myself by spending time on the simulator or studying in-car footage; because this is a brand-new facility, none of those resources are available,” he explained.

“The only information we have is the track map, so I’ve been thoroughly analysing it to figure out where the most important sections of the track are likely to be.

“From the photos, it looks like a very impressive motorsport precinct, so it’s a privilege to be one of the first people to race there.”

An Australian GT test is being held today before all categories are on-track tomorrow.

Next Story Sinclair: Nissan ‘not panicking’ about results