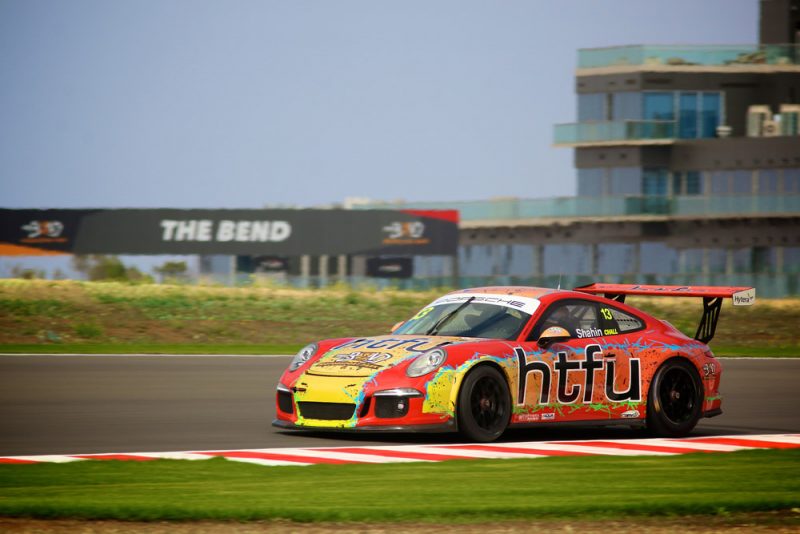 Three Supercars drivers are set to compete at The Bend Motorsport Park this weekend as they look to gain early experience around the brand-new facility.

With the Virgin Australia Supercars Championship set to visit the South Australia venue in late August, a number of drivers are looking to sample the circuit ahead of time.

The circuit hosts its first competitive race meeting this weekend with, with David Reynolds, Shane van Gisbergen, Garth Tander and a host of Pirtek Enduro Cup co-drivers competing in the Australian GT Championship.

Though Australian GT will take in the full 7.77km ‘GT’ circuit, the layout shares much of the 4.95km layout the Supercars championship will take in.

It’s enough to have tempted the main game trio into competing, while others are looking for alternate opportunities.

“That’s why I’m doing it, just so I can learn the track,” van Gisbergen told Speedcafe.com

“I’ll miss practice but it is what it is, I’ll jump in in qualifying and then have fun in the races.”

“That’s a small part of the reason why I did it as well, just to do the Tailem Bend round, just to understand the track and feel what it’s about and get a little heads up before we get there in August,” agreed Reynolds when asked by Speedcafe.com about his motivations for the weekend.

Completing the trio of Supercars regulars is Garth Tander, who holds much the same view as his contemporaries.

“It’s probably half about learning the track, and half about doing more continual miles in the Audi,” Tander suggested to Speedcafe.com.

“It’s a good opportunity to obviously learn some of the track; we’re doing the long track, but we can have a look around while we’re there. It’s cool.

“I’ve seen the facility, it’s awesome, so why wouldn’t you want to go there and have a crack in a GT3 car?

“It’s helpful for the Supercar thing, but I’m just going there to enjoy it.”

Others though are looking at alternatives to this weekend’s Shannons Nationals event to gain some valuable track time ahead of The Bend SuperSprint.

Matt Stone Racing’s Todd Hazelwood is set to be part of the GT Sprint event at the end of the month.

“We’re still waiting on confirmation on what car we’ll be in, but the organiser, Tim Possingham, has been right behind it,” Hazelwood told Speedcafe.com.

“He’s got me coming down for the event and it’s cool to be a part of and obviously being one of the first events at the new Bend Motorsport Park is cool.

“That’s why I’m jumping at the bit for this opportunity because not only is it a world class facility and possibly one of the best tracks in the country now, but obviously we’ll be racing there later in the year.

“So, to get some laps under the belt is going to be crucial for that program and we’ll take away any knowledge that we can from that.”

According to Tim Slade, any opportunity to get out on circuit ahead of Supercars visit will prove an advantage.

Set to compete at Sepang this weekend in the Blancpain GT Series Asia, the Brad Jones Racing driver is looking at opportunities to learn the circuit prior to August.

“Nothing planned at this stage but I’ll definitely try and tee something up,” he admitted to Speedcafe.com.

“I’m sure there’ll be lots of practice days between now and then.

“That’s the advantage compared to the street circuit in that Newcastle, no-one got to drive Newcastle before we got there because it’s a street circuit where this is open now,” he added.

“I think you’d be pretty crazy not to go there and try and drive something. You’d just be a step behind if you don’t.’