Bowe uninjured in GT crash at The Bend

Bowe uninjured in GT crash at The Bend 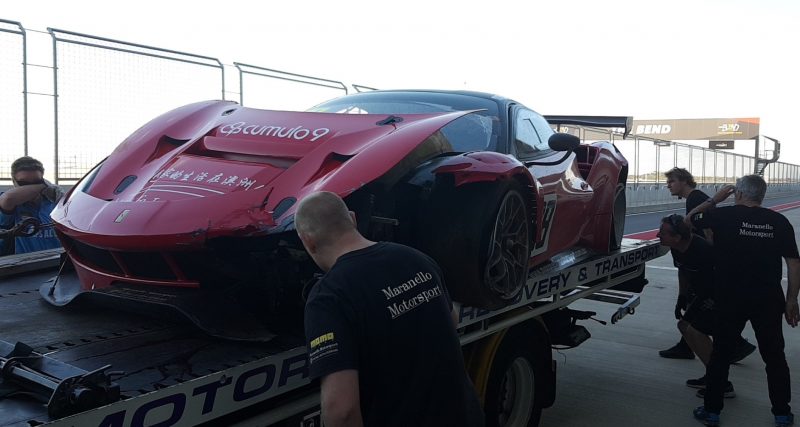 The Australian Endurance Championship field for this weekend’s race at The Bend has been reduced by one after John Bowe crashed a Ferrari during today’s test day.

Bowe had been due to share the Maranello Motorsport Ferrari 488 GT3 with gentleman driver Peter Edwards in the headline act for the first Shannons Nationals round of the year.

While the newly inducted Australian Motor Sport Hall of Fame member was uninjured in the accident, the car has been scratched from this weekend’s round as a result.

“John Bowe just pushed the limits of the Ferrari 488 on a brand-new track in a high-speed, high-commitment corner,” an Australian GT spokesperson told Speedcafe.com.

“It got away from him and has resulted in repairable damage to the Ferrari but sufficient damage to rule the car out for the weekend.

“The team’s absolutely behind John, he got out of the car uninjured so the car’s done everything it needed to do and should have done to protect John, and it will now go back to Maranello Motorsport and regroup for the next one.”

Australian GT competitors had been testing at The Bend before practice for what doubles as Round 2 of the Australian GT Championship and Round 1 of the AEC takes place tomorrow.

Maranello’s withdrawal leaves a 20-car field (Entry list) set to take on the 68-lap encounter which will be held in two parts across Saturday twilight and Sunday morning.