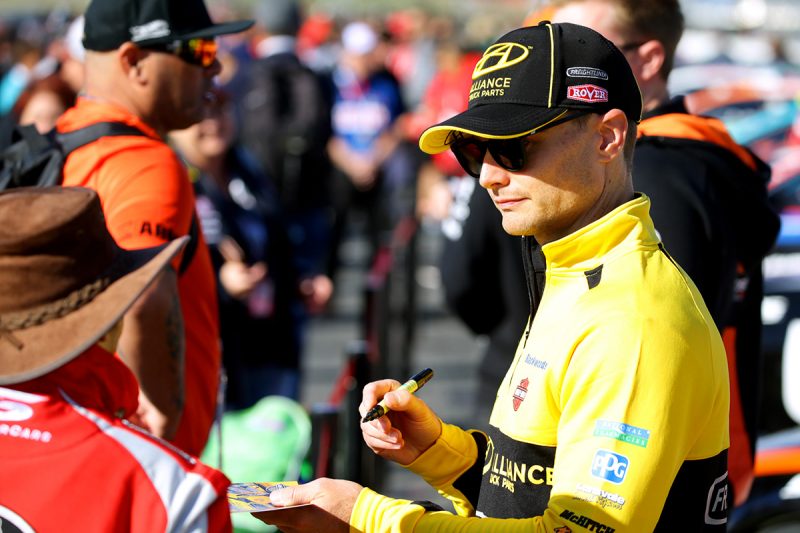 Slade will partner HubAuto Corsa team boss Morris Chen at the wheel of a Ferrari 488 GT3, while the team’s sister car will be steered by Australian Nick Foster alongside Leo Ye.

“It’s pretty exciting. I’m looking forward to getting over there and having a skid,” Slade told Speedcafe.com.

“I haven’t driven the Ferrari and I haven’t driven at Sepang before, so I’ve got a little bit to learn but there’s a couple of practice sessions on Thursday and then the same again Friday, so that should be plenty of time to get my head around it all.

“It doesn’t really get a whole lot better than driving a pretty cool car around a cool track, a bit like the 12 Hour at the start of the year.”

The HubAuto Corsa squad is making its series debut in Blancpain GT Series Asia this year, having made a one-off appearance in Shanghai in 2017.

It also sees the Taiwanese squad switch from Porsche to Ferrari.

For Slade, the opportunity came courtesy of Nick Foster, the pair having raced for Sonic in the Porsche Carrera Cup Pro-Am races.

He’s also campaigned a McLaren 650S GT3 alongside Tony Walls at the Bathurst 12 Hour for the past three years, and the Bathurst 6 Hour production car race for the last two.

A busy schedule will see Slade head to Kuala Lumpur on tonight before returning to Melbourne early next week in readiness for the next round of the Supercars championship at Phillip Island.

“I owe Nick a few beers! It’s an exciting opportunity so thanks to those guys, Morris Chen and the team, for providing me with that.”

“I’m a little bit busier than usual, but if you could race every weekend you probably would, because that’s what you love doing.

“I still want to do the Supercars stuff, and Supercars will always be the priority, but whatever I can fit in and around it is a bonus.

“The Asia stuff works pretty well because it’s a hell of a lot closer than Europe or America is.”

Slade joins a small contingent of Australians set to race in the series, with Josh Burdon signing with Absolute Racing where he’ll drive an Audi R8 LMS.

Already confirmed is the AMAC Motorsport team of Andrew Macpherson and Ben Porter, who will race the Lamborghini Huracan the squad campaigned in last year’s Australian GT Championship.

The opening round of the Blancpain GT Series Asia heads to Sepang in Malaysia this weekend for the first of its six round season.