Pedrosa in doubt for US MotoGP after surgery

Pedrosa in doubt for US MotoGP after surgery 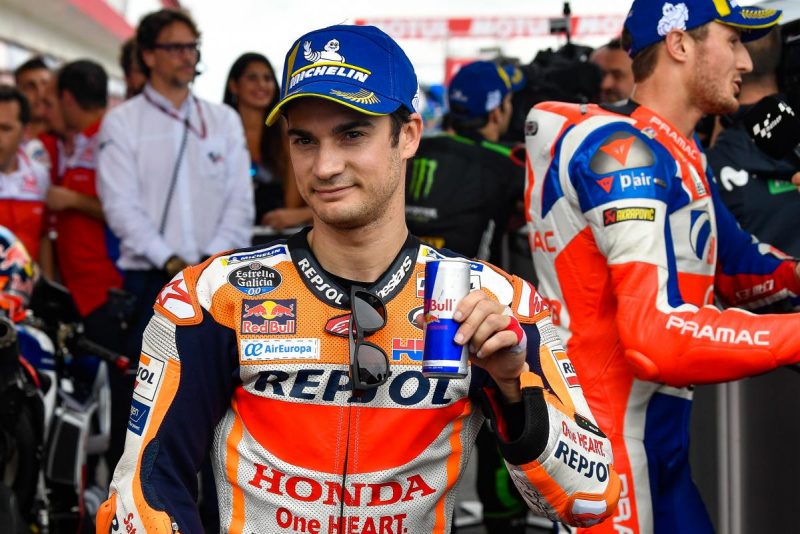 Dani Pedrosa is in doubt for the next round of MotoGP in the United States after undergoing surgery for a broken arm.

The Repsol Honda rider went under the knife at Barcelona’s Dexeus Clinic after a frightening highside incident in Sunday’s Argentina MotoGP.

Pedrosa had lost control on the wet-dry circuit when he had to stay wide of the race line as Johann Zarco squeezed down his inside on Lap 1.

The Spaniard did not remount and has since been diagnosed with a distal fracture of his right radius (ie wrist end of larger bone in right forearm).

MotoGP doctor Xavier Mir, who performed the surgery during which Pedrosa had a titanium screw inserted in his arm, indicated that the 32-year-old is likely to miss the next race as a result.

“The operation was a bit invasive,” explained Dr Mir.

“The idea would be to come back for Jerez instead of Austin.

“But it’s not sure when he will be competing. His wrist is inflamed, and more will be known in the next 72 hours.”

Honda has advised in a statement that it will make a decision on its line-up for the United States after Pedrosa’s condition is evaluated again later this week.

Round 3 of the world championship takes place on April 20-22 before MotoGP’s first European race of the season at Jerez, Spain on May 4-6.

Pedrosa is currently 12th on the ladder, 29 points behind surprise leader and Argentina winner Cal Crutchlow.