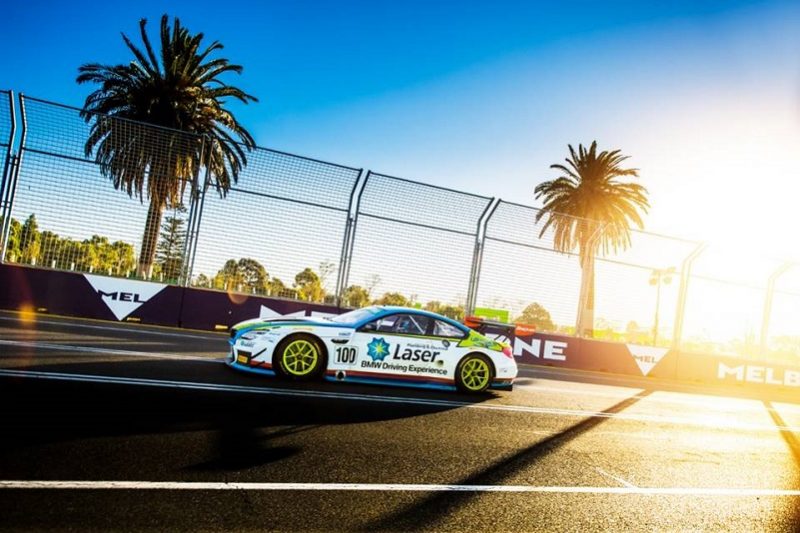 Carrera Cup racer Michael Almond will pair up with Steve Richards in the BMW Team SRM M6 GT3 for this weekend’s Australian Endurance Championship race at The Bend.

Almond and Richards previously raced against each other when the latter was also a competitor in Carrera Cup.

The South Australian has limited Australian GT experience, but that does include a sprint race and an endurance race victory with Craig Baird at Highlands Motorsport Park in 2016.

“I’ve been racing against ‘Richo’ in Cup Car (Carrera Cup) for a few years, and even before I started racing myself I remember watching him in action,” said Almond.

“So now to be able to team up with him and actually share a car with him, that’s a really nice box to tick.

“I enjoy driving GT cars. It’s a slightly different style to the Cup Car, but I really enjoy it.

Richards added, “With these long-distance formats, you really need two drivers capable of running at the same pace.

“Michael is a very capable driver. He’s got some good GT3 experience under his belt already and he’s always been quick.

“I think having him as part of the team puts us in good stead heading to Tailem Bend.”

Almond is currently seventh in the Overall Carrera Cup standings, while Richards sits 10th in the CAMS Australian GT Championship after one round.

This weekend marks not only Round 2 of Australian GT but also the first of three Australian Endurance Championship races, which have this year been incorporated into the main championship.

Almond and Richards will test the M6 on Thursday before an hour-long practice session on Friday, when the Shannons Nationals round begins.

The 68-lap race, which equates to nearly 530km of racing around the 7.77km GT Circuit layout, will be split across Saturday twilight (24 laps) and Sunday morning (44 laps).

Next Story Slade to campaign Ferrari in Blancpain GT Asia

Previous Story Tander to race Australian GT at The Bend