The son of five-time 500cc motorcycle world champion, Mick Doohan, finished third in only the second car race of a fledgling career for the karting graduate.

Driving for Arden, Doohan set up the podium with an impressive pass on Kiern Jewiss and team-mate Dennis Hauger around the outside of Druids.

The result earned the 15-year-old the rookie class honours.

Doohan kicked off the season wth a ninth place finish and a third in rookie ranks, before wrapping up the weekend with a seventh and third in class in Race 3 on Sunday.

“It was ok but qualifying (seventh) was a bit of a mess up and on a track like this it is hard to pass,” Doohan told Speedcafe.com.

“Race 1 wasn’t any better as we had some problems with the car so we fell back a little bit, but Race 2 was a positive as we finished third with a good move into Turn 2. That was really fun.

“In the last race unfortunately we made up four positions on the first lap and then a car spun in front of us so we had to go wide and off the track.

“I dropped back to last but we ended up finishing seventh after some good moves.

“All in all it was not a bad weekend with a third and three class podiums, I cannot complain too much.”

The championship moves to Donington Park for Round 2 from April 28-29. Jenson Button has finished second and New Zealander Nick Cassidy third in Round 1 of Super GT at Okayama.

Cassidy started ninth in the #1 Team TOM’S Lexus LC500 but overtook three cars on the first lap and eventually passed pole-sitter Takashi Kogure for the lead on Lap 38.

The Aucklander’s co-driver and fellow defending champion Ryo Hirakawa resumed in fourth after a slow pit stop before passing the #6 Team Le Mans Lexus in the latter stages.

Button started fifth in the #100 Team Kunimitsu Honda NSX and fell as low as ninth but pitted an effective seventh, after which time co-driver Naoki Yamamoto ran second in part due to a call to not change tyres in the pits.

Yamamoto challenged the Honda of eventual race winners Koudai Tsukakoshi/Kogure late in the piece but couldn’t fashion a pass. Remy Gardner finished a personal best sixth as Italian Mattia Pasini won the Moto2 race in Argentina and with that took over the championship lead.

The Italtrans rider prevailed in a duel with Miguel Oliveira and then held off Xavi Vierge to seal victory.

Moto3 went the way of Marco Bezzecchi for the first time in the Italian’s career. 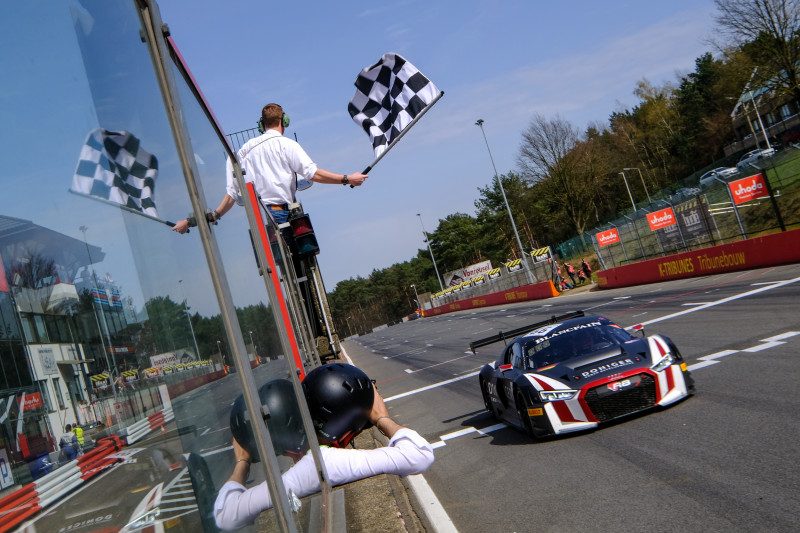 Kelvin van der Linde was a race winner on the opening weekend of the Blancpain GT Series at Zolder as Audi team Attempto Racing and Lamborghini outfit GRT Grasser Racing split the victories.

Bortolotti ran second to the #2 Audi R8 LMS of Bathurst 12 Hour-winning squad Team WRT before Car #63 was pitted slightly before the leader.

A slick pit stop and strong in and out laps for Car #63 put Bortolotti in a strong position, and so it was that Will Stevens emerged from the pits a narrow second position in Car #2 after co-driver Dries Vanthoor had caught traffic on his in lap.

Van der Linde and Steijn Schothorst finished that encounter in fourth in the #66 R8 LMS.

They assumed the lead and eventual victory in the Sunday race when the race leading #63 Grasser Lamborghini had a slow pit stop and the #2 WRT Audi copped a drive-through for a pit exit infringement.

The Endurance Cup is next up with the 3 Hours of Monza on April 20-22.

Tom Ingram leads the standings after claiming victory in the final race of an entertaining season opener at Brands Hatch.

The Speedworks Motorsport driver surged from 11th on the grid to take the win in Race 3 after diving underneath the Alfa Romeo of Rob Austin, who started from pole position, at Paddock Hill bend after an entertaining dice.

Ingram found himself in sixth position on the opening lap before he steadily progressed to the head of the field.

Adam Morgan guided his Cicely Motorsport Mercedes to second while Austin scored a debut podium for the Alfa Romeo Giulietta.

Race 2 delivered arguably one of the most frantic in the championship’s 60 year history.

A damp but drying track saw the field divided in tyre choice with the majority of the grid choosing wet tyres.

Jordan initially took the lead from Goff before fading as Ingram and Sutton came to the fore.

However, as the track dried the race took a twist as the slick tyre runners surged up the order led by Aidan Moffat (Mercedes), Senna Proctor (Vauxhall) and Jake Hill (Volkswagen).

The trio soon gobbled up the early leaders who were scrambling for grip.

Contact between Moffat and Proctor at Druids saw the latter take the lead where he stayed until the chequered flag to claim his maiden win in the series.

Hill finished second while the podium was rounded out by the Audi of Ollie Jackson.

Goff (Honda) headed the early pacesetters by coming home in 10th ahead of Ingram and Sutton.

The opening race of the season was taken out by pole-sitter Goff as he fended off BMW’s Colin Turkington to the flag while Jordan completed the podium.

Ingram leads the championship standings by three points from Goff ahead of Round 2 at Donington Park from April 28-29. 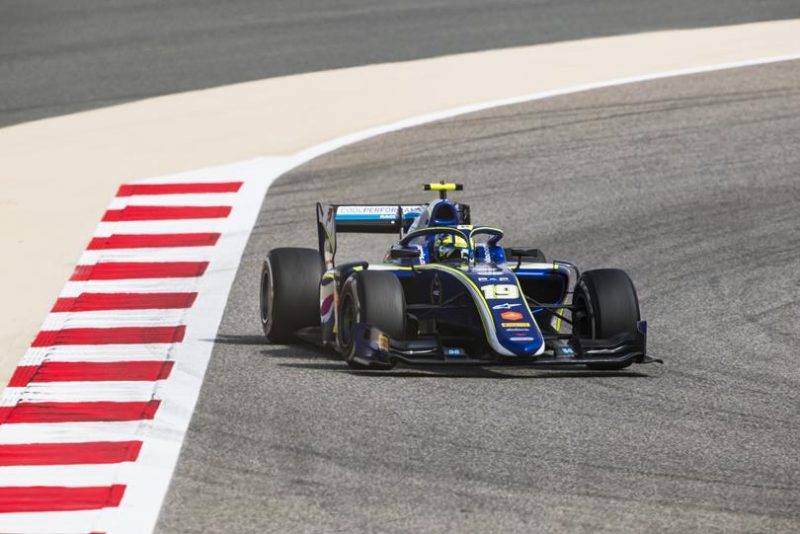 Lando Norris dominated the Feature Race and Artem Markelov won the Sprint Race in Round 1 of Formula 2 in Bahrain.

Norris led all the way as his Carlin team-mate Sergio Sette Camara finished second having jumped into the position from sixth on the grid on Lap 1.

Sette Camara only just held out Artem Markelov at the end after the Russian fought back from a pit lane start.

Norris takes the championship lead to Round 2 in Azerbaijan on April 27-29 having finished the Sprint in fourth. 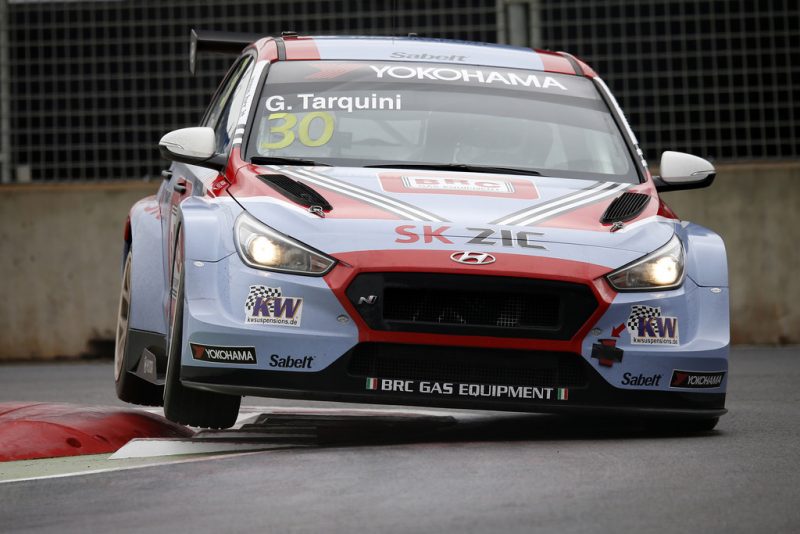 The TCR era of World Touring Cars began in Marrakech, Morocco with two wins for Gabriele Tarquini in a Hyundai and one for Jean-Karl Vernay in an Audi.

Tarquini started second in Race 1, took the lead at the first corner, and was never headed.

The Italian similarly led for the duration of Race 3.

In the reverse grid Race 2, Vernay moved into first position by the opening corner and held a small yet comfortable lead throughout.

Tarquini leads Thed Bjork in the standings with competition resuming at the Hungaroring on April 28-29.