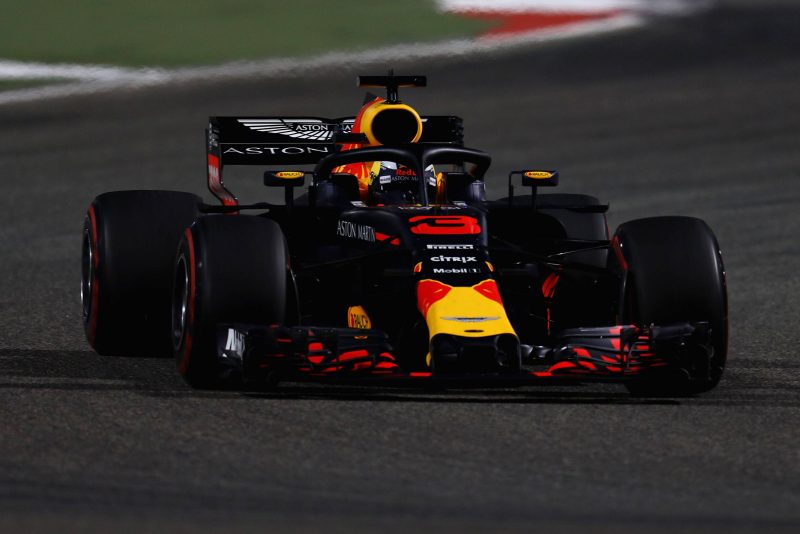 Daniel Ricciardo described his retirement from the Bahrain Grand Prix as ‘brutal’ as a suspected electrical drama robbed him of a chance to challenge for a podium.

The Red Bull driver was confident he could take the fight to Ferrari and Mercedes after a strong showing in qualifying to claim fourth on the grid.

However, his race unravelled on the second lap when his RB14 lost power and ground to a halt.

The five-time grand prix winner said the early exit was the ‘worst feeling’ as the Australian was convinced he would have proved a factor in the race.

“I just lost all power, everything switched off without warning and I couldn’t do anything,” said Ricciardo.

“This sport can rip your heart out, it’s brutal sometimes.

“Everyone in the team is so disappointed as we genuinely felt like we had a good car today.

“The weekend was going pretty good for us and I really believe our race car was even better.

“I know I only did one lap but I could already see Kimi sliding on the rear tyres. I really felt like we were going to be in with a good chance which makes it even more frustrating.

“Being out so early in a race is just the worst feeling; especially when it’s a night race and you are up all day waiting for those two hours and after two minutes it’s over.

“I get really fired up for Sundays so now I’ve got two hours of adrenaline stored up inside me and I don’t know what to do with it.”

Ricciardo’s retirement compounded a nightmare day for Red Bull as team-mate Max Verstappen exited the race on the opening lap following a clash with Lewis Hamilton.