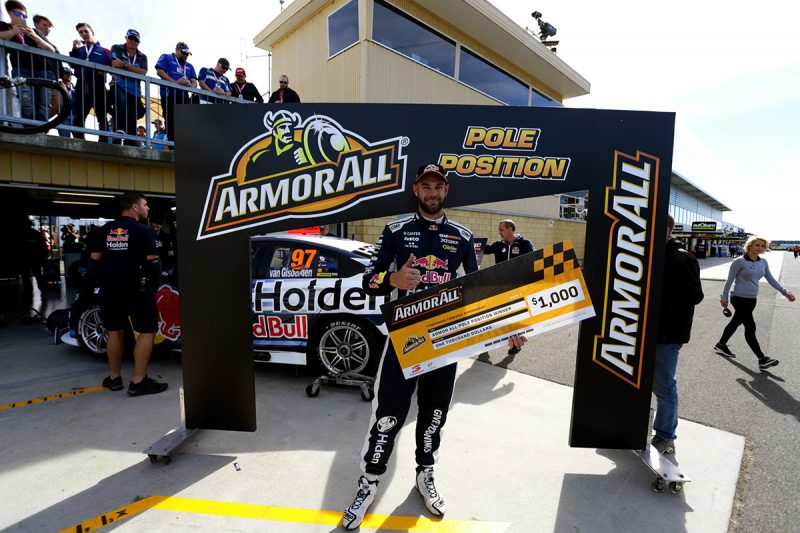 Speedcafe.com wants to know if you want to see more of the new Armor All qualifying format which was used at Symmons Plains.

The Tyrepower Tasmania SuperSprint marked the first of two occasions that the three-part knockout qualifying format will be rolled out this year, the other being the Perth SuperSprint.

The system was designed to alleviate congestion at the two shortest circuits on the calendar (Symmons Plains 2.41km, Barbagallo Raceway 2.42km) and sees no more than 16 cars on-track at any one time.

It is not the first time Supercars has employed a knockout qualifying system, however.

A three-part system was the standard from 2007 to 2009, initially mimicking the then-relatively new Formula 1 system at most rounds.

Since 2010, starting grids have generally been decided by a single-part all-in session lasting anywhere from 10 to 40 minutes depending on the event and race distance, plus a Top 10 Shootout at selected events.

Where the 2018 system departs from the old knockout system, however, is in the MotoGP-style application of Practice results to decide which cars earn a bye to the second part of qualifying.

The fastest 10 cars from combined Friday Practice go directly to Part 2 of qualifying for the Saturday race, where they are joined by the top six from Part 1.

The pointy end of the grid is finally decided when the 10 fastest cars from Part 2 take to the track for a final 10-minute stanza.

On Sundays, another practice session in the morning determines the split of cars for Parts 1 and 2 of qualifying for the afternoon’s 200km race.

The system appeared to achieve its stated aim of reducing congestion, with no notable instances during qualifying of cars being baulked or otherwise significantly impeded at Symmons Plains, though Rick Kelly suggested that the bottleneck may have merely forward into practice.

It also added a new edge to Fridays as teams were incentivised to chase genuine one-lap pace, and led to a genuine form guide for the Saturday and Sunday of racing.

Some concerns were raised that the system was too complicated too follow, though this problem would diminish as viewers become more familiar with it.

There was arguably an excessive amount of time given over to qualifying, or even qualifying for qualifying in the preceding practice sessions.

With three stanzas of 10 minutes each split by five-minute breaks, qualifying took nearly as long as Saturday’s race (winner Jamie Whincup’s race time was 44:04.7354s), even before accounting for time spent in Practice 2 getting a lap to try and earn direct access to Part 2 of qualifying.

Furthermore, drivers who performed badly in practice would also have to use more tyres if they managed to go deep in qualifying.

The fact that practice ‘mattered’ also deprived teams time to explore set-ups and perhaps even test at the race track, an issue exacerbated by the restriction of three test days throughout the year.

Rolling out of the truck with a strong base set-up therefore became even more important than usual.

Get Friday right, however, and the rewards on Saturday can be sizeable, as Simona de Silvestro found out.

The Nissan Motorsport driver, whose career-best qualifying position in Supercars so far is 14th, missed the top 10 cut-off on Friday by 0.0303s after an error on her fastest lap.

Had she stayed in the top 10, the Swiss would have started Race 7 no lower than 16th.

Instead, she was 15th-fastest in Part 1 of qualifying and therefore started from 25th.

Do you want to see this multi-part qualifying system rolled out at other events? Should it be reserved only for shorter circuits where traffic is a particular problem in qualifying? Or would you rather it not be used at all?

Previous Story POLL: The standing of the Bathurst 6 Hour