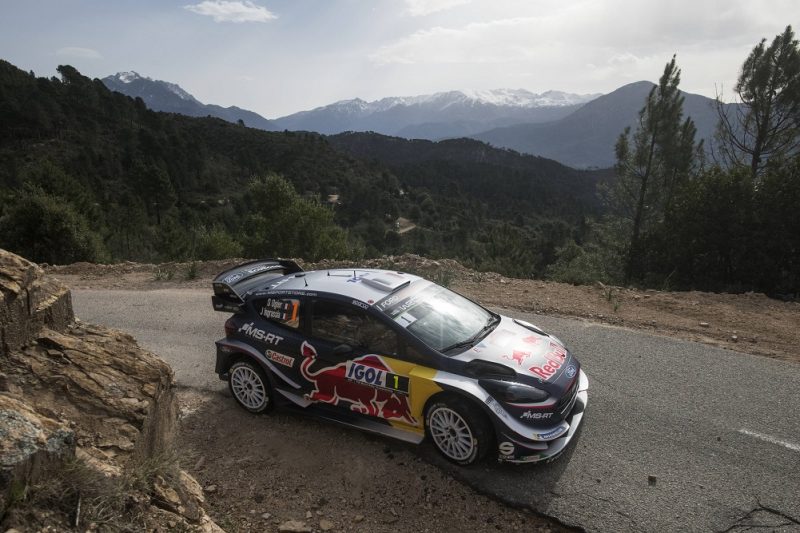 Sebastien Ogier has cruised to his third event win of this year’s World Rally Championship in the Tour de Corse.

The M-Sport Ford driver had dominated Friday and extended his lead on Saturday before playing it safe to secure a 36.1s win over Toyota Gazoo’s Ott Tanak..

Ogier was fourth-fastest through the first of the day’s two stages, leaving him comfortably in front of the rest, before picking up three bonus points with a third placing in the Power Stage which further extended his championship lead.

“I’m very happy with our performance here,” said the Frenchman.

“It was a great, great day on Friday and that’s where we built the platform for this win.

“It’s never easy controlling your pace rather than driving flat out, but everything feels better and better in this car.”

Tanak entered the final day with just 0.1s on third-placed Thierry Neuville and was a long way faster than anyone else on Special Stage 11, winning the penultimate test of the rally by 12.6s over Kris Meeke.

The Estonian secured a runner-up finish and a bonus point by finishing fifth in the Power Stage.

Neuville damaged a wheel when he hit a kerb in the #5 Hyundai on SS11 and finished ninth on SS12 but still completed the podium.

Esapekka Lappi, who had been fourth, fared worse when he whacked the same kerb in his Toyota, losing nearly two minutes to change a puncture.

The Finn bounced back by winning the Power Stage, regaining one position overall to end the rally in sixth behind Dani Sordo (Hyundai) and Elfyn Evans (M-Sport Ford).

Meeke grabbed two points on the Power Stage while Citroen team-mate Sebastien Loeb, who slid into a ditch and retired on the Friday, was second-fastest in the final stage and finished 14th overall.