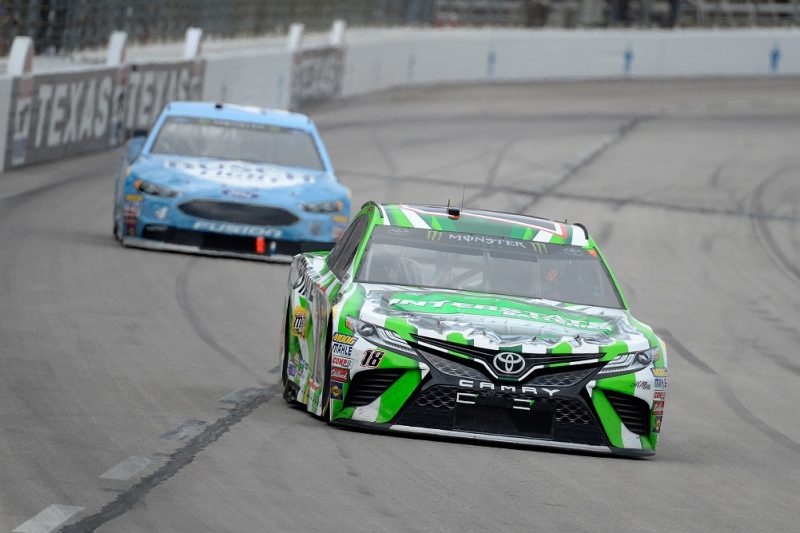 The driver of the #18 Joe Gibbs Racing Toyota had four separate spells in the race lead, including at the end of Stage 2, and moved his way back to the front after dropping a bunch of places at the start of the final stage.

Kyle Busch then held his nerve with the luckless Harvick well and truly in his mirrors to take out the race by 0.300s.

Harvick dominated Stage 1 but lost the lead in the pit stops which preceded Stage 2.

He regained first position on Lap 117 only to lose eight positions under a Caution period pit stop which followed shortly after when a stray lugnut caused his jack to get stuck.

Harvick lost a lap when he pitted reporting a loose wheel on the #4 Stewart-Haas Racing Ford on Lap 137, but clawed his way back to second position with 55 laps to run.

But for another pit stop cycle, that was where the three-time race winner of the season to date remained until the chequered flag on Lap 334.

Ryan Blaney overcame a drive-through for an uncontrolled tyre in the pits and an unscheduled pit stop for a loose wheel to bring the #12 Team Penske Ford home in fifth.

Kyle Busch’s win extends his series lead ahead of Round 8, the Food City 500 at Bristol Motor Speedway, this coming weekend (April 13-15 local time).