Mostert: ‘Something feels broken’ in car 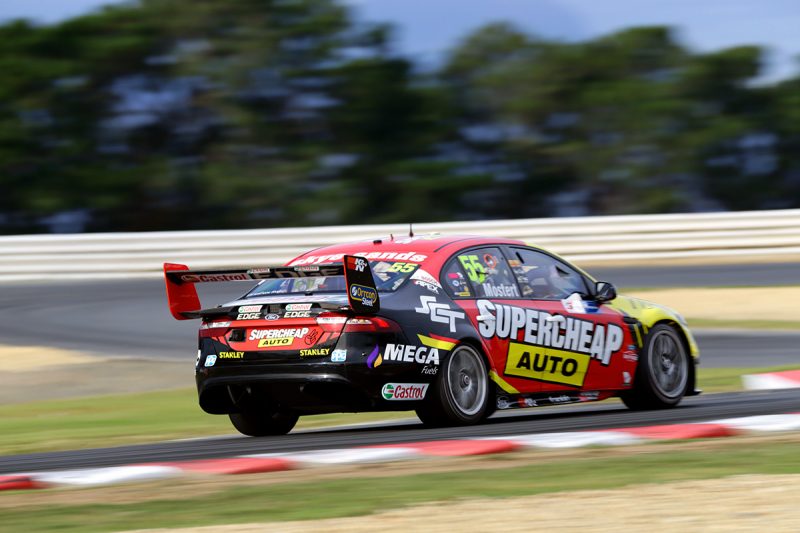 Chaz Mostert suspects that his woes this weekend at the Tyrepower Tasmania SuperSprint may go deeper than a set-up deficiency.

Mostert was the best of the Tickford Falcons in Qualifying for Race 8 of the championship in 11th, which is in fact his highest result in any session so far at Symmons Plains.

The Ford squad has struggled all weekend with Mostert generally worst off of its three non-rookies.

He languished in 20th in combined Friday Practice, which took on a new significance given the qualifying format which is in play for the first time, and went on to qualify only 17th for Saturday’s Race 7.

In that race, the 2014 Bathurst 1000 winner ran at the back end of the top 20 before his Supercheap Auto Falcon caught fire in pit lane due to a bent exhaust caused by contact with Rick Kelly.

Mostert was at a loss to explain his lack of pace after another disappointing qualifying session on Sunday morning.

“Something just feels broken, I don’t know what’s going on out there,” he told Fox Sports shortly after stepping out of Car #55.

“We’ve changed everything in it, still not picked it up, so maybe we’re not in the window we need to be.

“The guys have tried so hard last night, they’ve worked hard this morning in between sessions, they’ve thrown everything at this thing but we’re still not where we want to be.

“Back to the drawing board, we’ve got to just think outside the box and work out what we’re going to do in the race.”

Mostert also said that his problems were different to his team-mates.

“They’re complaining about different things to me. I’m struggling more turn and rear where they’re struggling for just one thing, so that’s why it doesn’t make sense to me at the moment.

“We kind of all bounce around different set-ups and all this type of stuff but I don’t feel like it’s set-up based; there’s something going on.”

In the other Tickford Falcons, Mark Winterbottom will start Race 8 in 12th position, Cameron Waters in 14th, and Richie Stanaway in 24th.