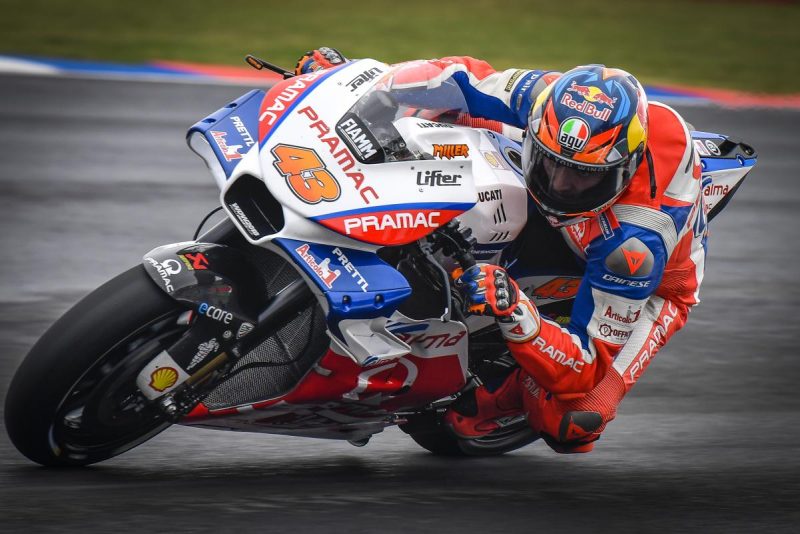 Jack Miller has qualified on pole for the first time in MotoGP having braved a drying track on slick tyres in Argentina.

Miller knocked Dani Pedrosa (Repsol Honda) out of top spot at the end of Qualifying 2 with a 1:47.153s lap, and they will line up on the front row with Johann Zarco (Tech3 Yamaha).

Rain fell in Free Practice 4, leaving the track wet for qualifying, and slick tyres only appeared for the first time in the second runs of Q2.

Even then, only Miller, Marc Marquez, and Cal Crutchlow tried dry-weather rubber, with the latter two not attempting a flying lap before they changed back to wets.

The Queenslander, on the other hand, stayed out to take pole on his Pramac Ducati.

Aleix Espargaro was fastest in the first runs but ended up seventh on his Gresini Aprilia and will share Row 3 with Andrea Dovizioso (Ducati Team) and Maverick Viñales (Movistar Yamaha).

Jorge Lorenzo (Ducati Team) will start only 14th after being bumped from the top two in Q1 by Aleix Espargaro then beaten also by Karel Abraham (Nieto Ducati).