Schenken to miss Supercars at Sydney, Taylor steps in > View Jason Gomersall and Steven Johnson have shared victories in the opening two races of the weekend for the Paynter Dixon Touring Car Masters series at Symmons Plains.

Gomersall (Holden Torana) took a commanding win in Race 1, the Trophy Race, leading from first position on the grid.

In Race 2, Bowe led the charge down to Turn 1 on the opening lap from pole, before Johnson challenged for the lead on Lap 3.

The Ford Mustang driver pulled alongside Bowe on the exit of Turn 4, moving ahead before the braking zone for Turn 6.

Bowe kept in touch with Johnson to the chequered flag, crossing the line second, while Ryan Hansford (Holden Torana) completed the podium.

Andrew Fisher suffered his second retirement of the weekend, with the XY Falcon driver forced into the pits in both of the day’s races with separate oil line failures.

Race 3 for the Touring Car Masters series gets underway on Sunday at 0835 local time/AEST. 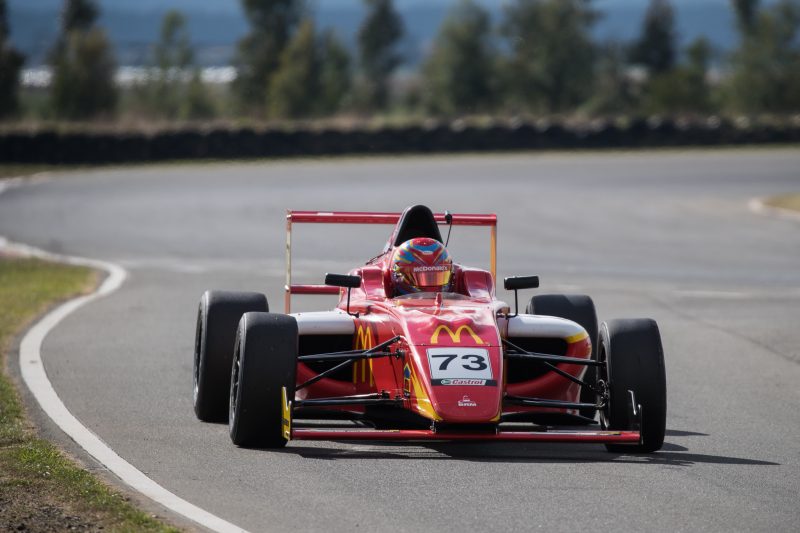 After securing pole earlier in the day, Shields conceded the lead at Turn 1 to Ryan Suhle, before making a pass around the outside in the final complex of corners to regain the top spot on Lap 2.

Aaron Love moved into third moments later, though then came under pressure from Jayden Ojeda in the closing stages of the 18 lap race.

Shields led home Suhle, while Love held onto the final podium place finish, with Ojeda and Lachlan Hughes rounding out the top five.

Brad Sherriff has taken victory in both of the day’s Sports GT races in Tasmania.

The Nissan Skyline driver crossed the line first in Race 1 ahead of Adam Garwood, who snatched the lead at the start of Race 2 from the front row of the grid, before the Sherriff re-claimed it at Turn 6.

Layton Barker brought out an early safety car when he became beached in the Turn 4 gravel, with the race resuming on Lap 4.

Brodie Maher moved ahead of Garwood on Lap 9 for second and briefly challenged Sherriff for the lead, but Maher’s efforts proved fruitless at the chequered flag.