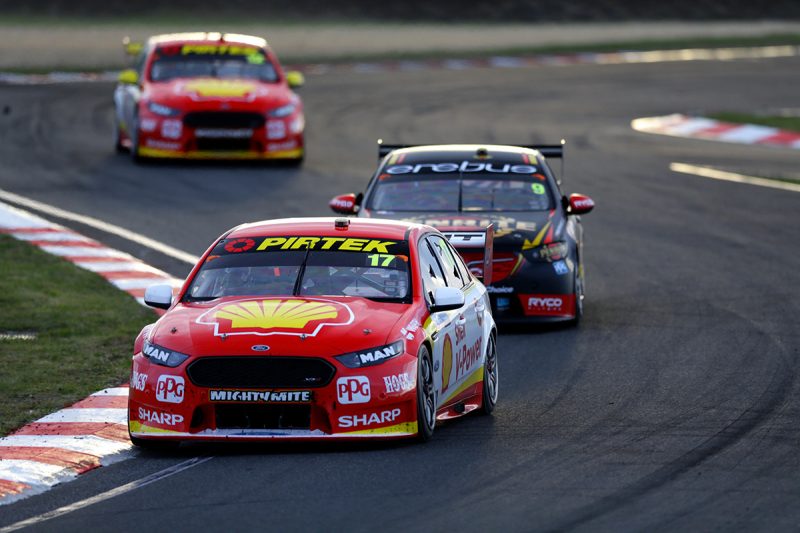 DJR Team Penske is investigating the root cause of the problem which hampered Scott McLaughlin’s opening race at the Tyrepower Tasmania SuperSprint.

Having qualified on the second row, and raced door to door with Shane van Gisbergen in the early stages, McLaughlin fell to ninth by the end of the 50-lap encounter.

Initially thought to be a sensor issue during the race, the team is now looking into whether the fault with the Falcon is mechanical or electrical.

McLaughlin began to slip backwards shortly after his stop, dropping into the clutches of James Courtney on lap 23.

He then climbed as high as seventh as those ahead stopped before again dropping behind David Reynolds and Shell V-Power Racing team-mate Fabian Coulthard, who finished the race fifth.

“I felt like I had reasonable pace, definitely had more pace than the guys behind me. We had a great pitstop, and came out right alongside Van Gisbergen,” McLaughlin said.

“Had a good battle with him up to the hairpin, trying to bump draft each other and ended up banging doors. That was pretty cool.

“Then I started having a problem with our shift cut, which meant that gear changes were pretty difficult. I tried a lot of things to try to get it working properly again, it just didn’t work.

“It’s a bit of a ‘what might have been’ type of day, I think a strong top-five result went begging, but we’ll take a look at it and have another go tomorrow.”

A 20-minute practice session on Sunday morning will determine the initial order for the three-part qualifying session, with an 84-lap race to round out the weekend.

Next Story Lowndes has found ‘direction’ with ZB