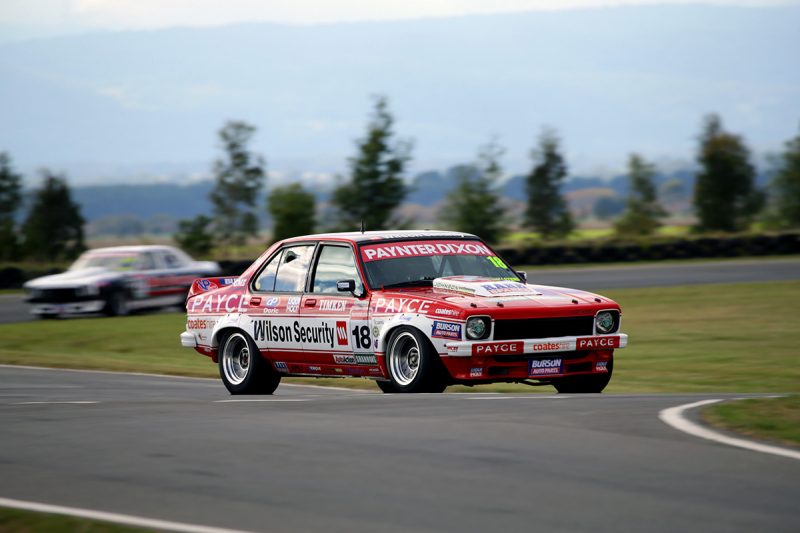 Bowe’s 56.126s came in the dying stages of the 20-minute session, bettering Steven Johnson’s previous benchmark by 0.06s after the pair exchanged fastest laps for much of the session.

Ryan Hansford (Holden Torana) claimed third after a spell at the top of the times early on, ahead of Mark King (Chevy Camaro) in fourth and Adam Bressington (Chevy Camaro) in fifth, who also ran near the pointy end before being knocked down the order.

Touring Car Masters will be back out on track on Saturday for the first race of the weekend at 11:40am local time.

Cameron Shields has topped both of the day’s practice sessions for the CAMS Jayco Australian Formula 4 Championship.

The Team BRM racer’s fastest time of 55.778s came in Practice 2, where he finished 0.1s quicker than Lachlan Hughes, who jumped up to second in the latter stages of the hit out.

Jayden Ojeda snatched third place ahead of Ryan Suhle, while Aaron Love, who ran near the top of the times early on was ultimately pushed down to fifth.

Qualifying for Formula 4 will take place on Saturday at 10:30am local time.

Brad Sherriff has taken pole for Race 1 of the Sports GTs in Tasmania.

The Nissan Skyline driver set a 0:55.681s to be a tenth of a second ahead of Brodie Maher who finished second fastest.

Ben Creed jumped up to third in the closing stages, while Porsche Carrera Cup Australia driver Adam Garwood and Stephen Noble rounded out the top five.

The Sports GTs will return to the circuit for Race 1 on Saturday at 10:00am local time.