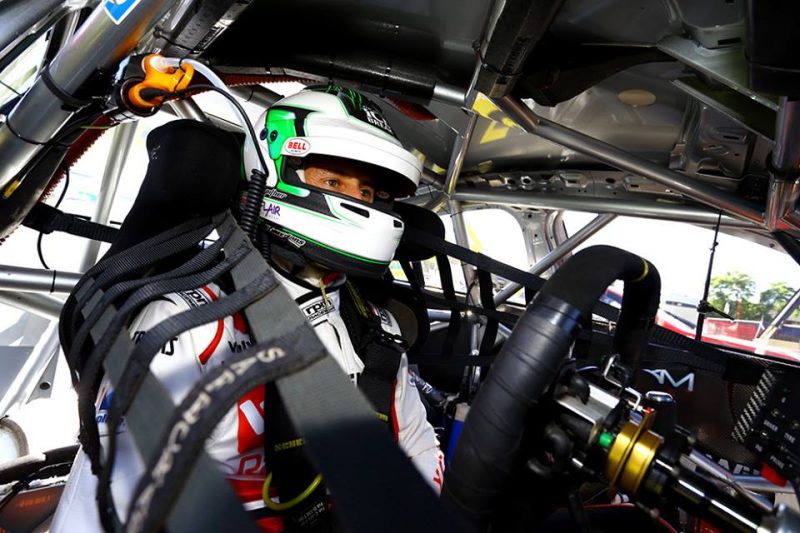 Chris Pither has set the fastest lap in opening practice for Round 2 of the Dunlop Super2 Series at Symmons Plains.

The Garry Rogers Motorsport driver beat early pace-setter Paul Dumbrell by nearly a quarter of a second, while Round 1 pole-sitter Garry Jacobson finished the session in third.

Pither sat second after the opening runs before taking over the lead in the second runs after a rear-end tweak to the #44 VF Commodore.

He improved further to a 0:52.3842s in the final run before the second red flag of the session saw a slightly premature end.

Brodie Kostecki kept up Kostecki Brothers Racing’s strong start to the season with fourth-quickest in the #57 VF Commodore, ahead of Thomas Randle in a spare Tickford Racing FGX Falcon chassis after his unfortunate Adelaide crash.

Fiore and Kurt Kostecki caused the red flags, both having come into the Hairpin too hot and ultimately getting beached in the gravel trap.

Next Story Jacobson pips Rullo in Super2 Prac 2 at Symmons