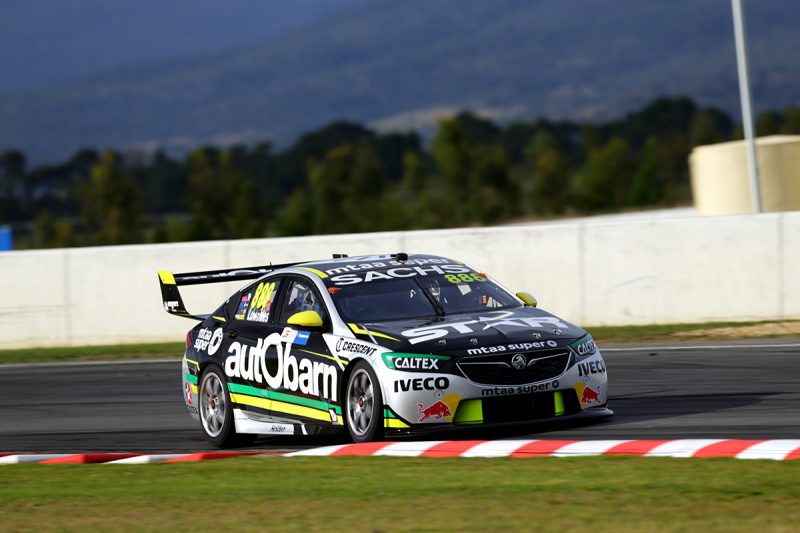 Craig Lowndes believes that his third place in Friday practice at the Typrepower Tasmania SuperSprint demonstrates that his form is on the rebound.

On a day when the closing stages of Practice 2 were marked by qualifying-like intensity due to a new format this weekend, Lowndes was one of the top performers.

The result, putting him behind team-mate Jamie Whincup and Erebus Motorsport’s David Reynolds, is a stark contrast to the three-time Supercars champion’s qualifying performances of recent years, with his pole drought now stretching back to mid-2015.

The struggle contributed to Lowndes finishing a Virgin Australia Supercars Championship campaign winless for the first time in his 13 years at Triple Eight Race Engineering, with 10th in the standings his worst result for the team.

He has only once qualified in the top 10 so far this year but maintains that he has not yet shown his potential in the new ZB Commodore and on tyres which have essentially reverted to 2016-specification.

“If you look at Adelaide, we were strong in practice (and) we can sort of get it right when it comes to crunch time,” said Lowndes.

“The Grand Prix was a little hard; we actually made improvements from Adelaide but having the rapid 10-minute sessions, you’ve either got a good lap, which is great, but if you’ve got a disastrous lap, which I did a couple times, you’re back of the field.

“It was a hit and miss at the Grand Prix.

“I said at the start of the year this car, this tyre suits my style, it’s just a matter of time to bounce back.

“I’m glad we’ve done it here at a track I know so well; if we don’t do it here, at Phillip Island or over in Perth, there’s something wrong.”

Lowndes is wary of the impact which a misstep in qualifying can have on a track as short as Symmons Plains, but said that the starting weekend set-up provides a foundation for a strong showing on the Apple Isle.

“I think when you roll the car out that’s sort of 85 percent thereabouts, it’s a good sign,” he explained.

“I think this circuit suits my style and I was quietly confident that we could come down here and do a good job.

“But you know that 25 cars are going to be within a second; a little slip or miss gear or anything else and you can go from hero to zero.

“We’re working very hard and I’m very happy where we are.”

As one of the top 10 in combined practice, Lowndes advances directly to Part 2 of Qualifying for Race 7 of the championship and cannot qualify lower than 16th.

The whole field will first be back on track, however, for a 20-minute practice session tomorrow at 1105 local time/AEST.