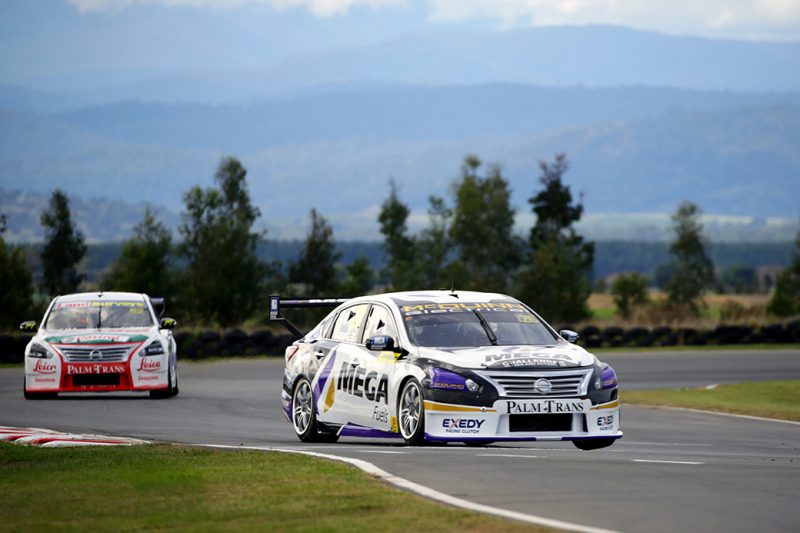 Jacobson got in two flyers just before a late red flag to move to the top of the timesheets ahead of Rullo, with Paul Dumbrell finishing third in the 40-minute session.

Practice 2 began in similar circumstances to Practice 1 with Dumbrell and Chris Pither trading top spot, before Adam Marjoram (#15 Image Racing VF Commodore) was the first to make his mark on a new set of tyres.

More cars began to take green tyres as the final 10 minutes played out with Rullo (#62 Nissan Altima), who had three earlier excursions in the grass at Turn 6, taking two flyers to usurp his team-mate.

Jacobson (#26 Nissan Altima) similarly went second and then first shortly after, taking over the Super2 practice record at Symmons Plains.

A red flag was shortly called for Macauley Jones’ (#14 Brad Jones Racing VF Commodore) off at the Hairpin, just as Dumbrell had re-entered the circuit with green tyres on the #88 Eggleston Motorsport VF Commodore.

However, he was first out of pit lane when the session restarted with just over a minute remaining and made the control line to start a timed lap mere seconds before the chequered flag started flying.

Practice 1 fast man Pither was 11th in the second session, though it is believed that he did not get a proper run on green tyres in the #44 Garry Rogers Motorsport VF Commodore.

Will Brown was also trapped by the red flag when he was waiting in pit lane with new rubber.

Super2 is next on track for the two, 10-minute qualifying sessions which will set the grid for Races 1 and 2 respectively tomorrow from 1215 local time /AEST.