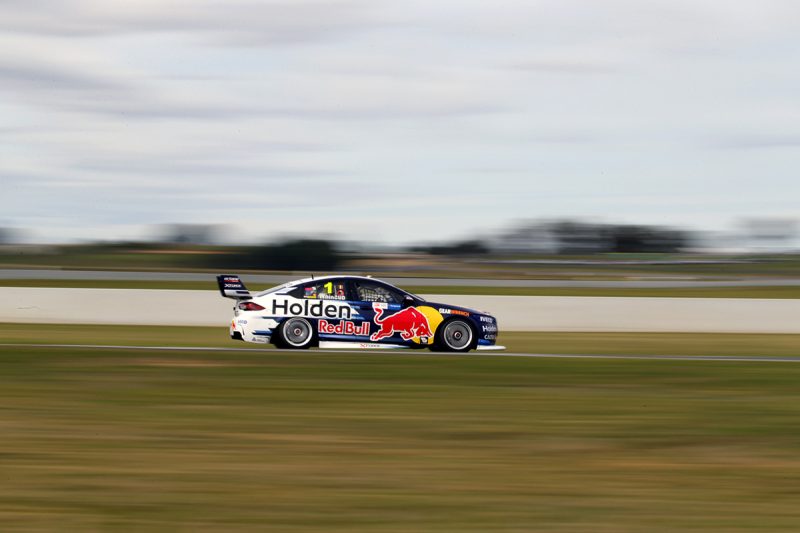 Triple Eight was developing the V6 twin-turbo with Holden

Holden marketing boss Mark Harland has explained that he wants more clarity over the future of Supercars’ engine direction before introducing its V6 twin-turbo.

Holden Motorsport this morning announced that it has placed development of the engine on hold until for the moment.

A native Canadian but now based in Melbourne, Harland was on holiday in Tasmania but made an appearance at Symmons Plains to clarify the situation.

“I think there’s two main reasons for parking it and one is we really wanted to focus on what we’ve got going now,” Harland said, echoing comments made by Triple Eight boss Roland Dane.

“We’re really happy with the performance of the new car, the ZB, on the track getting good reactions in the showrooms as well.

“The other was just looking at the landscape and kind of trying to guess what’s going on; is everyone going to V8s, is it going to be twin turbo V6s, is there going to be electric?

“I think for now we know we’ve got a good package with the twin-turbo V6, so we’re just going to set it aside, focus on the V8 until we get a little bit of clarity on where everyone’s going.”

Holden was the only manufacturer actively developing an alternate engine configuration, allowed under the Gen 2 regulations.

Development had already reached an advanced stage, and while Harland says further testing both in Detroit and by Triple Eight was needed, he believes the shelved engine is already a race winner.

“We’ve done the testing. We’ve done testing in Detroit. We’ve also done testing where Roland’s had it out on the track with the Triple Eight team, so we’re confident that’s a winning package we can bring here at the right time.

According to Harland, that is where it will remain for now until there is a need to resume development.

“There’s still some time that we would need to do to do the testing and to do the development.

“We now know that we have something that would be successful and it’s just parking it on the side.

“It could be 12 months, it could be 24 months, or could be 6 months. So we know we have something we could bring out when we need to.”