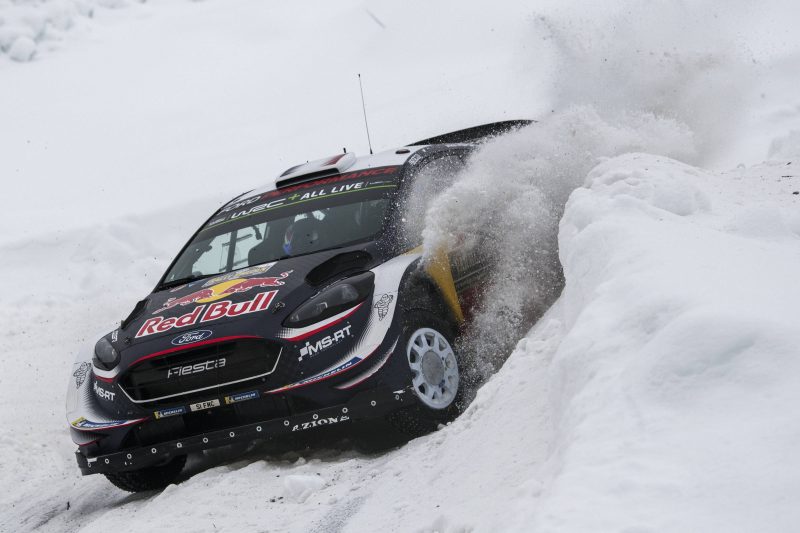 New rules will be in play from this weekend’s WRC Tour de Corse to address crews tactically checking in late for Power Stages.

Crews which do not arrive in time for the final stage of the rally will no longer be eligible to earn Power Stage points, which are awarded on a 5-4-3-2-1 basis to the top five in the stage.

The M-Sport Ford team most notably used regulations to its advantage to help its number one driver Sebastien Ogier in Rally Sweden.

Ogier had entered the rally as championship leader and was therefore hamstrung by an unfavourable road position at the start of the rally.

Having sat 10th ahead of the Sweden Power Stage, he arrived late and issued a 4:10s penalty which would have dropped him to 11th.

Furthermore, M-Sport team-mate Elfyn Evans was also checked in late so that he too would be penalised, meaning that Ogier finished 10th overall after all and grabbed the one championship point for that result.

The FIA has now tightened regulations, which it says will enhance spectator safety.

“Following an e-vote by the World Motor Sport Council, competitors who do not start the Power Stage in the given order will not be eligible for Power Stage points as per Article 5.3.2 of the FIA WRC Sporting Regulations,” read a statement from the governing body.

“This will take place with immediate effect for safety reasons.

“The amendment to the Regulations will help avoid intentional late check-in which increases the gaps between competitors, help minimise the movement of spectators when no cars are running, and prevent behaviour aimed at circumventing the start order of the Power Stage.”

Ogier leads the World Rally Championship by four points after a penalty for hitting a chicane during the Power Stage in the most recent rally in Mexico.

Round 4 action in Corsica begins with the shakedown on Thursday before the first four special stages on Friday (local time).