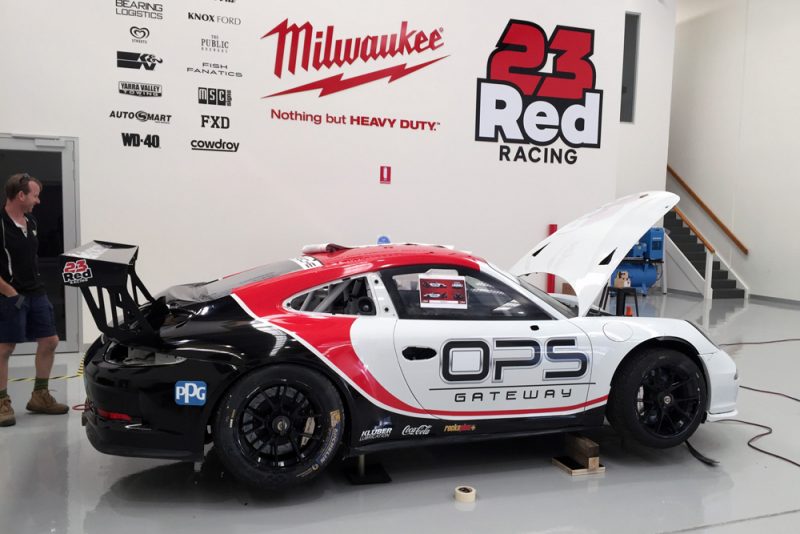 Leeds had been working to put a program together, with support in recent weekend allowing the former Red Bull junior to confirm his place on the 25-car grid.

“I really didn’t think I was going to race. I had belief in myself, you never say never, but it I knew it was quite unlikely to get out there.

“To secure a seat and to race with such a great team is a massive weight off my shoulders.”

“We’ve got the guys employed to tackle it, just the weekend guys to do that cars I’ve got each weekend,” Munday told Speedcafe.com.

“And if there’s anything other than that they’ll come and do it at our workshop so it doesn’t impact on my guys as well.

“The last thing I want to do is take our focus off the Supercars because that’s my main priority.”

23Red Racing originally launched with plans to run John Steffensen in Carrera Cup alongside Will Davison in Supercars, though that program was scaled back.

An unofficial and loosely defined development program has been put in place for Leeds, with an ultimate goal of moving into Supercars down the track.

For now, the Year 11 student is focused on coming to grips with the Porsche.

“There’s a lot of different options I can take, but at the moment I’m focused on my role with 23Red Racing,” Leeds said.

“My priority for the time being, is to get out there on track, do the best I can, win some races and then from then on work with the team towards a Supercars career.”

The Porsche GT3 Cup Challenge season begins at The Bend Motorsport Park next weekend as part of the Shannons Nationals.