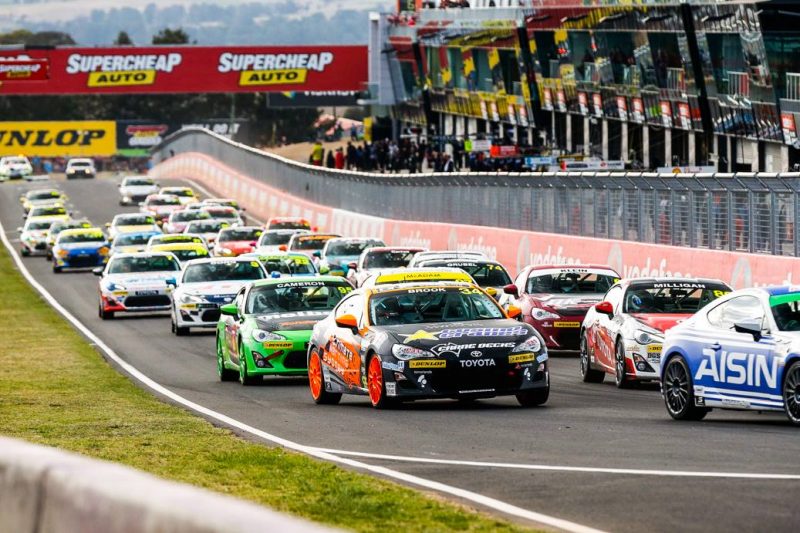 The Toyota 86 Racing Series will continue until at least the end of 2020 pic: Toyota Racing Australia

The Toyota 86 Racing Series will continue until at least the end of 2020 after Toyota announced a two-year extension of its support for the category.

Also announced was the appointment of Jason Bargwanna as the designated mentor for the 2018 season, as well as a roster of high-profile invited drivers.

Toyota’s chief marketing officer Wayne Gabriel said that the sponsorship extension, which will take the series into its fifth season, is a boon for existing and prospective entrants.

“Our decision to extend the Toyota 86 Racing Series gives certainty to competitors and potential entrants who need to know that their investment in the car and racing package will enable them to compete for several years,” explained Gabriel.

“In its first two years, the series has shown its ability to develop drivers and teams in a professional environment, while delivering the door-to-door action that excites motorsport fans.

“The comparatively low cost of cars and racing attract a range of drivers, from those still at school right through to businessmen wanting some fun.

Bargwanna will be the mentor for the full season having served in the role last year when it was rotated from round to round, after driving in the season-opener at Phillip Island.

“As someone who’s been in charge of driver standards for Supercars, he’s the perfect choice to watch over Australia’s future racing champions and provide them with the benefit of his experience,” added Gabriel.

“These expert drivers will compete against and offer advice to the other entrants, joining our other expert drivers including Jonathan Webb, Leanne Tander, Warren Luff, Steve Owen and rising star Harry Bates.”

The news comes off the back of an increase in the series’ prize pool, including a session at the Mark Larkham Training Academy for the winner of the Kaizen Award.