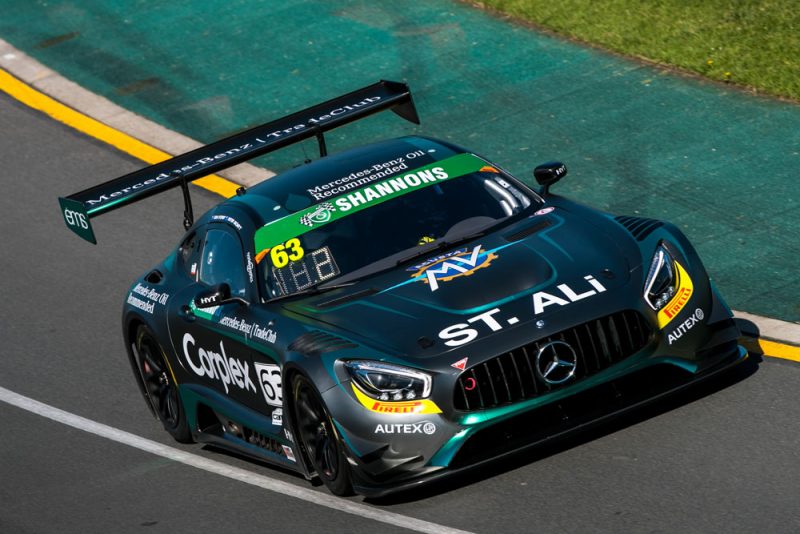 Last year’s Australian Endurance Champion Peter Hackett will be joined by Jake Fouracre for the opening round of this year’s competition.

The duo will share the Eggleston Motorsport run Mercedes-AMG GT3 that was piloted by Hackett and Dominic Storey at the opening round of the Australian GT Championship at Albert Park last month.

Hackett last year won the Australian Endurance Championship with Storey, though with the Kiwi now competing in Super2 he was unavailable for the full season.

It has opened the door for Fouracre, who previously campaigned in Australian GT alongside Liam Talbot in an Audi R8 LMS Ultra in 2016, and had two outings in the Trophy Series at the beginning of the 2017 season.

“It’s obviously a great opportunity to drive with Pete and the team,” Fouracre told Speedcafe.com.

“From their results last year I’m pretty excited for that and looking forward to it.

“I had driven the car on AMG days, so it’s given me an idea of what the car is like compared to the Audi from last year and the year before, so knew it was a pretty good thing,” he added.

“For the end of the year I’d aim for top three, I’d love to win of course but (I’ve got to) be realistic as well.

“It’s hard to say for The Bend because no-one’s been there, no-one knows what the track’s like, and I’ve really got to get my head around the car, so I’d probably be really happy with a top five result for the first round.”

This year’s Australian Endurance Championship takes in the three longer form races within the Australian GT Championship, the first of which is at The Bend Motorsport Park next weekend.

Hackett currently sits second on points in the Australian GT Championship, tied with Geoff Emery, with next weekend’s event carrying points for both the AGT Championship and AEC.

After the opening AEC event at The Bend, the season moves to Phillip Island and then Hampton Downs to round out 2018.

Following his outing at the Grand Prix, Storey is expected to rejoin Hackett for the balance of the sprint campaign.