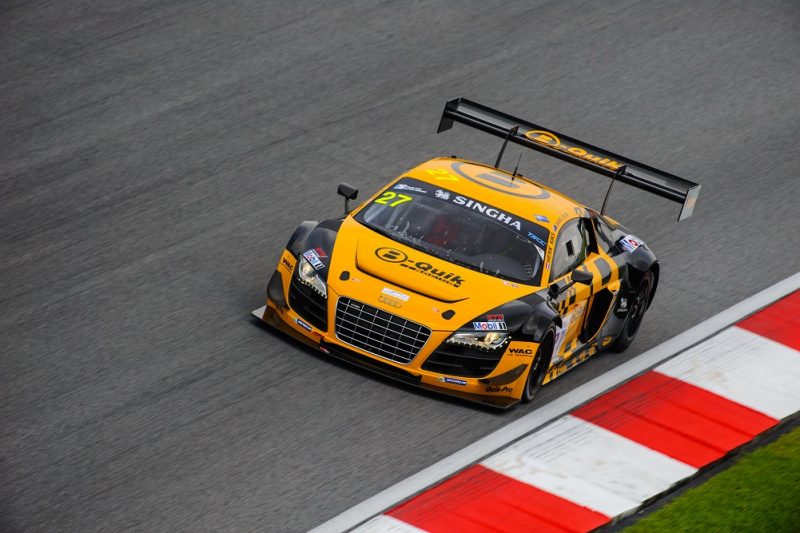 AAS Motorsport and Absolute Racing have shared wins in the opening weekend of the GT Asia Series at Sepang.

In the Round 1 race, the #18 AAS Bentley Continental GT3 of Kantadhee Kusiri/Vutthikorn Inthraphuvasak emerged in the lead midway through the piece after the pit stops played out and went on to win.

The Round 2 race went the way of the #59 Absolute Racing Audi R8 LMS GT3 of Kantasak Kusiri/Bhurit Bhirombhakdi which started from third on the grid.

Aidan Read left Malaysian venue with results of seventh and a DNS due to a turbo wastegate problem in the #28 Vattana Motorsport McLaren 650S which he was sharing with Chonsawat Asavahame.

Daniel Bilski finished ninth and eighth in the #27 B-Quik Audi R8 LMS Ultra he was driving with Henk Kiks. Jono Lester was a DNF in Round 1 due to a radiator problem in the #159 Vattana Motorsport Lamborghini Huracan Super Trofeo EVO and ninth in Round 2.

As reported, Billy Monger took a podium in his competitive racing return in BRDC British F3.

The opening race weekend of the British F3 season concludes on Monday (local time) with two more races, including a reverse grid affair for Race 2.