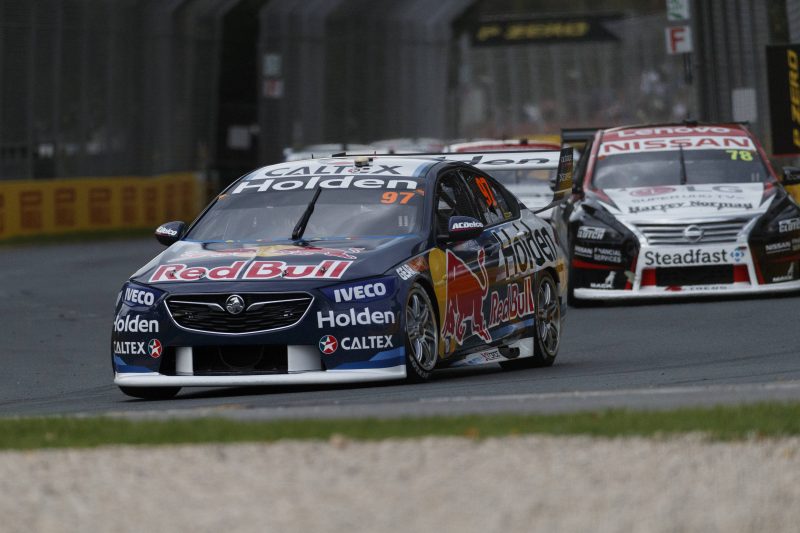 Shane van Gisbergen is confident the Red Bull Holden Racing Team has got a handle on the issues that affected his new ZB Commodore at the Coates Hire Supercars Melbourne 400.

The Adelaide 500 winner heads to this weekend’s Tyrepower Tasmania SuperSprint leading the championship despite battling car set-up problems that plagued his weekend at Albert Park two weeks ago.

Van Gisbergen described his car as ‘rubbish’ after Friday qualifying as the Triple Eight team tried to locate the cause and find the solution to the Kiwi’s handling woes.

The team had been trying to overcome a niggling issue on all of its new ZB Commodores but it was van Gisbergen who suffered the most, qualifying 17th and 26th for Races 5 and 6.

Van Gisbergen was able to recover to score a pair of fourth and 13th place finishes from the four races.

The 2016 champion is hopeful the squad has understood the issues, which the team had attributed to the car’s suspension, ahead of this weekend’s visit to Symmons Plains.

“We are alright,” van Gisbergen told Speedcafe.com, when asked if the team have been able to get on top of the issues.

“It just took us a while to get the hang of it. Our pace (at Albert Park) was pretty good and we had some pretty good races.

“It was alright, we still got decent points.

“We have got Tassie this week and I’m looking forward to that. We will do the best we can to make sure we turn up with the best car.”

Confident the team will provide him a strong car, he is looking forward to seeing how the ZB Commodore will cope with the mix of corners on offer at the technical 2.4km Tasmanian circuit.

“I’m sure it would be good, we have gone good there in the past,” he added.

“This will be the first real low downforce track for the new car, it will be interesting to see how we go.

“There are three (main) corners  there but they are different, it is very technical considering how small the track is. It will be another good test for the car.

“It is like any car you are always learning and evolving. We just need to learn more about it and when we push the envelope we learn even more.

“It is just like any car but the ZB is a nice little car.”

Van Gisbergen is one of five drivers to taste victory in the six races so far this season in what is shaping up to be an open championship battle.

Meanwhile, six teams have all enjoyed visits to the podium and the increase in competition is a variable van Gisbergen is enjoying.

“That is the best thing about our series every year, there are so many different winners and different people at the front,” he said.

“If you are off your game and two tenths off then you are back in 10th spot or whatever.

“It is pretty awesome how competitive it is. You have to be on your game all the time.”