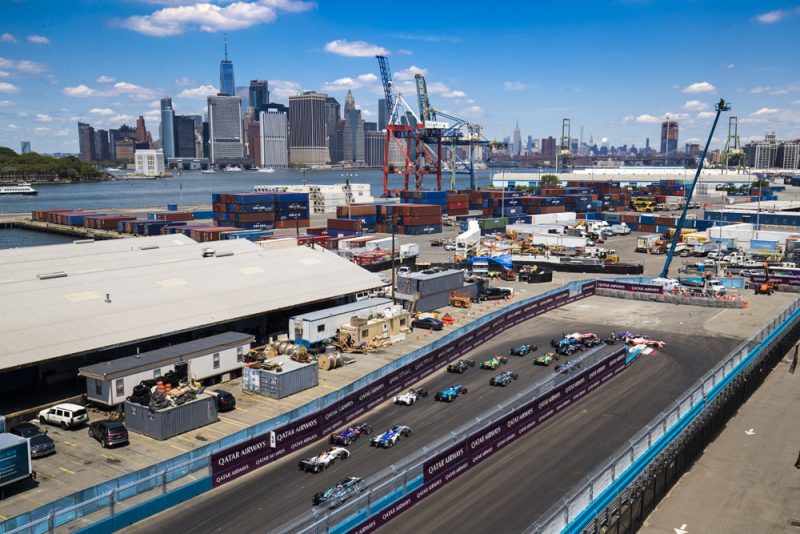 The Turn 6 hairpin has been replaced for 2018 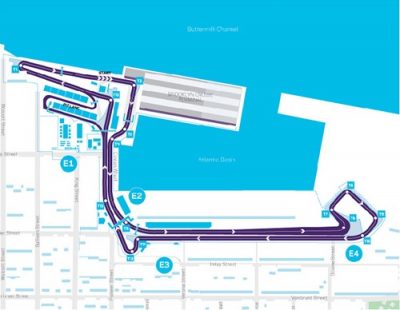 Organisers in New York have extended the track used by Formula E ahead of its arrival in July.

For this year, the circuit has been extended to 2.45km, an increased of just over 500 metres to the lap length.

The changes come at the far end of the circuit, reconfiguring what was the Turn 6 hairpin.

In 2017 this was a relatively simple right hand hairpin at the end of the back straight, but for the coming season has seen the addition of four new corners.

Now the circuit will turn left, before a series of four right hand corners see the circuit rejoin the previous configuration.

Formula E first raced in New York last year, with this season’s event a double-header finale to the 2017/18 season.

The weekend will see it host rounds 11 and 12 of the season, and follows the inaugural Zurich ePrix in Switzerland in June.

Recently, Formula E teams have begun testing the Gen2 car, ready for use in the 2018/19 season, which boast more power and the ability to run a complete race distance without a mid-race car change.

The New York ePrix will be held on July 14-15, while Rome hosts the next round of the Formula E championship on April 14.