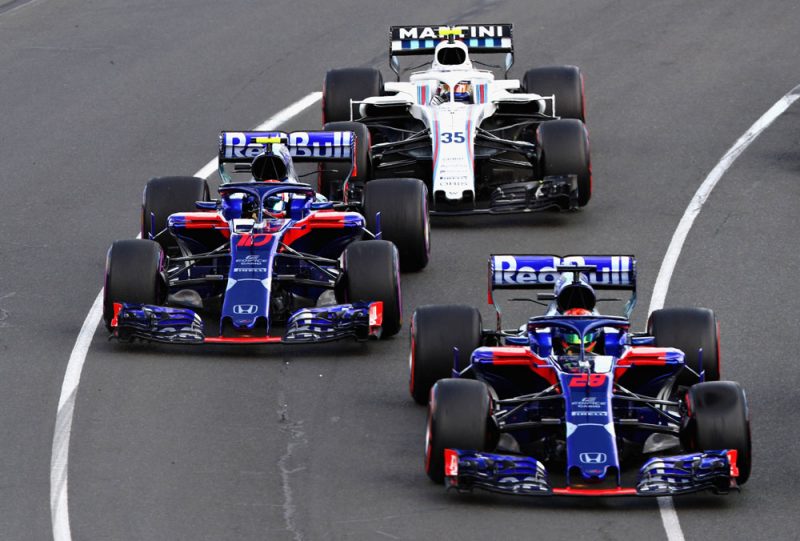 Honda has is working ‘flat out’ on a significant development program for 2018 as it looks to catch up to rival Formula 1 engine suppliers.

The Japanese manufacturer switched its supply from McLaren to Toro Rosso in the off-season following a tense three year relationship with the British squad.

In Australia, Pierre Gasly retired with an MGU-H failure in Australia, though the Frenchman is remaining optimistic.

“They are pushing flat out because they really want to show everyone they can do proper engines,” Gasly said of Honda’s 2018 development program.

“In terms of the development already they are pushing flat out and we can see some really positive progress.

“We are pushing to have as many upgrades as we can, but of course we know we only have three engines so we need to see exactly when is the best time to bring them.

Designed to reduce costs to teams, the regulation has the knock on that any development work needs to be carefully timed so its introduction doesn’t incur additional penalties.

It makes Honda’s task more complicated, though its collaboration with Toro Rosso is looking beyond 2018 – and potentially to a supply for the senior Red Bull team.

“For sure (Honda) cannot recover everything in only three or four months, but in terms of medium- to long-term collaboration I think they have a big, big plan ahead, and at the moment they are doing the right things and really pushing hard,” said Gasly.

“A lot of the resources, energy, over the winter months were (spent) integrating the new Honda powerplant and starting this new relationship,” added Brendon Hartley.

“The strategy going forward over the next six months is aggressive and everyone in the team is pushing very hard. I’m very optimistic for the remainder of the season.”

Toro Rosso emerged from the Australian Grand Prix without a point following Gasly’s retirement, while Hartley finished a lap down in 15th.

The second round of the championship is in Bahrain next weekend.

Next Story Mercedes has learned from Melbourne mistakes