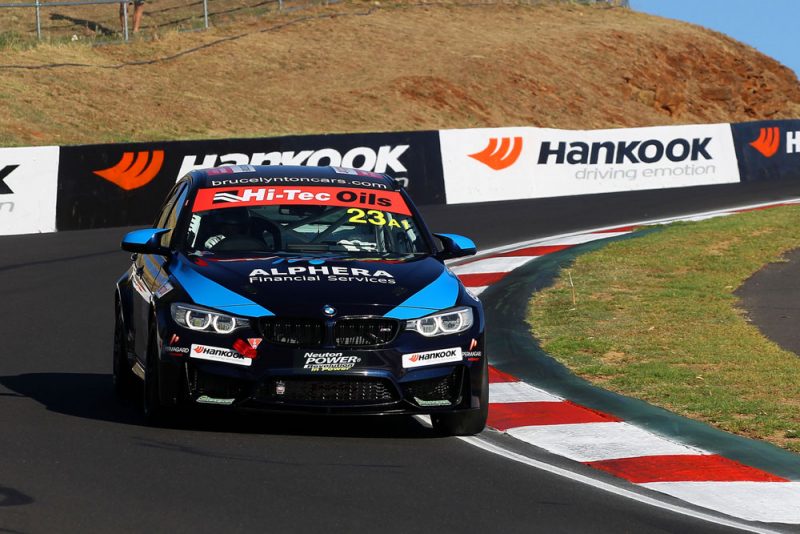 A stunning lap from Tim Leahey has seen the BMW M3 driver dominate qualifying to take pole for the Hi-Tec Oils Bathurst 6 Hour.

Leahey banked an incredible 2:22.904s lap midway through the second half of the two-part qualifying session, an effort almost two seconds faster than the Sherrin brothers in second.

It will see Leahey and Beric Lynton line up at the head of an all-BMW front row, with Steven Johnson third.

Johnson though couldn’t get the Mercedes-AMG A45 within 1.4s of the front two, managing a best of 2:26.254s for he and co-drivers Rob Woods and Marcel Zalloua.

Alongside them on the second row was Jordan Cox, Michael King, and Graeme Cox, who’d set the fastest time in final practice earlier in the day, in the Mitsubishi Evo just 0.006s off third.

Chaz Mostert was the leading Supercars regular in sixth place in the Ford Focus RS he’s sharing with Nathan Morcom.

Tim Slade will start 26th after qualifying, the Mitsubishi Evo breaking a piston in practice which saw the team fit a brand new engine in the break between sessions.

The only other Supercars regular in the field, Todd Hazelwood, will line up 22nd in the BMW 135i he’ll share with Scott Turner and Robert Rubis – the trio also the fastest B1 Class qualifier.

Heading A2 Class was Karl Begg and Justin Anthony in a Mercedes-Benz C63, setting the ninth best time overall.

In B2 Class the Holden VF Commdore of Joe Krinelos, Tony Virag, and Brett Howard set the pace, qualifying 14th outright, 20 grid places ahead of the next best car in class.

The Bathurst 6 Hour gets underway on Sunday at 1130 local time/AEST.