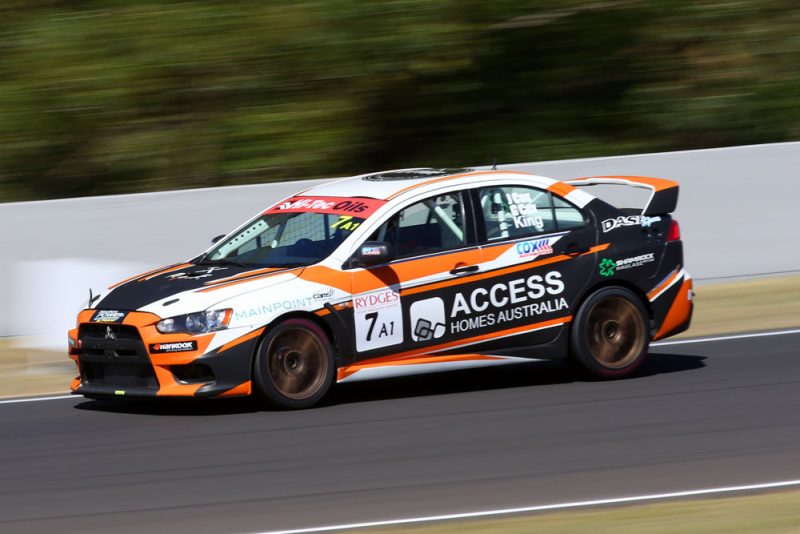 Jordan Cox set the fastest time in final practice ahead of this weekend’s Hi-Tec Oils Bathurst 6 Hour in the dying moments of the session.

The Mitsubishi Evo driver set a 2:25.294s lap to demote brothers Grant and Iain Sherrin (BMW M4) from top spot by more than half a second.

Cox’s lap promoted the car from 15th in the 61-car field to top spot.

To that point the session had been dominated by BMWs, with the Sherrins holding down the fastest time from Beric Lynton and Tim Leahey in a BMW M3.

Tim Slade was ninth best with Dylan Thomas in their Mitsubishi Evo, breaking a piston during the session and prompting an engine change ahead of qualifying.

Karl Begg went fastest in A2 Class to sit eighth overall for the session.

Fastest in B1 Class was Todd Hazelwood in a BMW M135i, sitting 20th overall, while Brett Howard pedalled his Holden VF Commodore SS to 12th outright and first in B1 Class.

Qualifying for the Bahturst 6 Hour begins at 1425 local time/AEDT, with the a 30 minute session for the slowest half of the field from practice, and is followed by the top half at 1500.

The race begins at 1130 local time/AEST on Sunday morning.