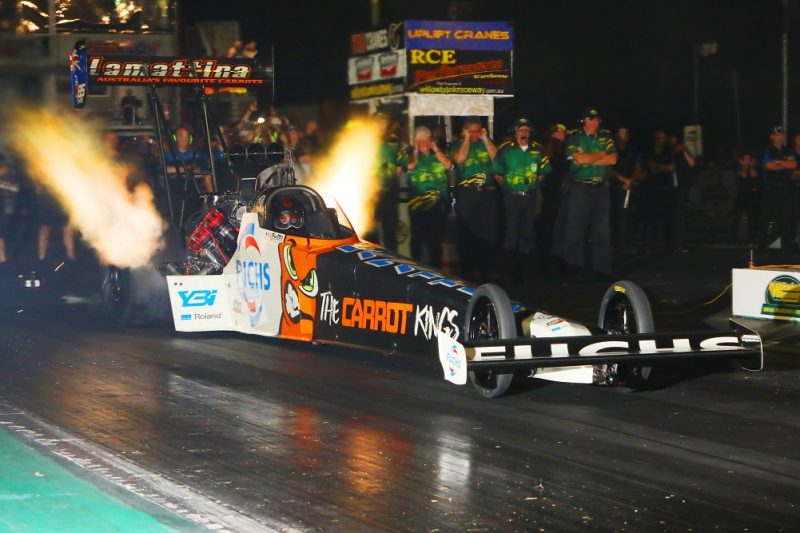 Kelly Bettes has taken Top Fuel honours in the latest round of 400 Thunder at Willowbank Raceway.

The Lamattina Top Fuel Racing driver, who scored her first event win at Sydney Dragway in January, also set the fastest time in the first two rounds with a 3.892s at 501.6km/h.

Bettes is now just two points behind Damien Harris at the top of the standings after Harris took two wins from his three starts, with Xiberras 18 points further back.

Pro Alcohol went the way of Russell Mills when he beat Gary Phillips in the final, moving to 13 points behind championship leader Steven Reed.

The 400 Thunder Professional Drag Racing Series continues with the Gulf Western Oils Nitro Thunder at Sydney Dragway on May 4-5.