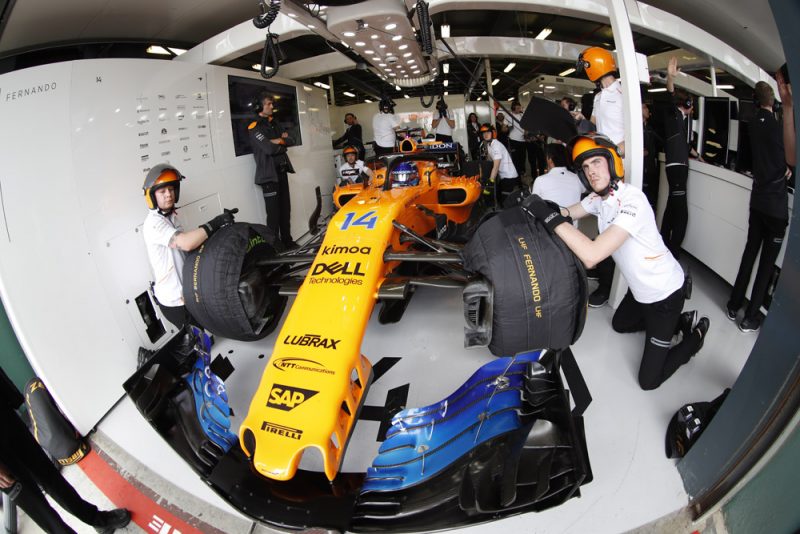 McLaren is looking to take a step forward when Formula 1 reaches Bahrain next week with a number of new developments for the car.

The developments slated for Bahrain had initially been earmarked for Australia, but a troublesome pre-season saw McLaren bank the fewest laps of any team, forcing it to switch focus on resolving its reliability issues ahead of performance gains.

The team recorded a double-points finish in Australia with Fernando Alonso fifth and Stoffel Vandoorne ninth, despite running without the updates in Melbourne.

“We were obviously not prepared for Barcelona and I’m glad we fixed the reliability issues for the weekend,” Eric Boullier,  McLaren racing director, told Autosport.

“But during the last few weeks we spent our energy fixing the reliability issues and not bringing the upgrade faster to the track.

“So we are going to have another batch coming in Bahrain, which should have been in Australia.”

Alonso and Vandoorne did enjoy selected upgrades in Australia, notably to the floor and brake ducts, but other aerodynamic components will only be put on the car next week.

With the upgrades in Australia having performed as expected, a number of other upgrades have also now been signed off, and are in production, ready to be added to the car over the coming races.

“We are happy with the correlation (between on-track and predicted performance), so we have not lost what was one of the strengths of McLaren last year.

“That’s one of the reasons I guess why Fernando was supportive and happy this weekend, because we have lots of things coming that have been signed off already.

“We are now going to push to make sure we can bring things as soon as possible.”

The team hopes to have caught up from the delays caused in pre-season by the time F1 reaches its first European race of the year, the Spanish Grand Prix in May.

The Bahrain Grand Prix, the second round of the 2018 championship, will be held on April 6-8.