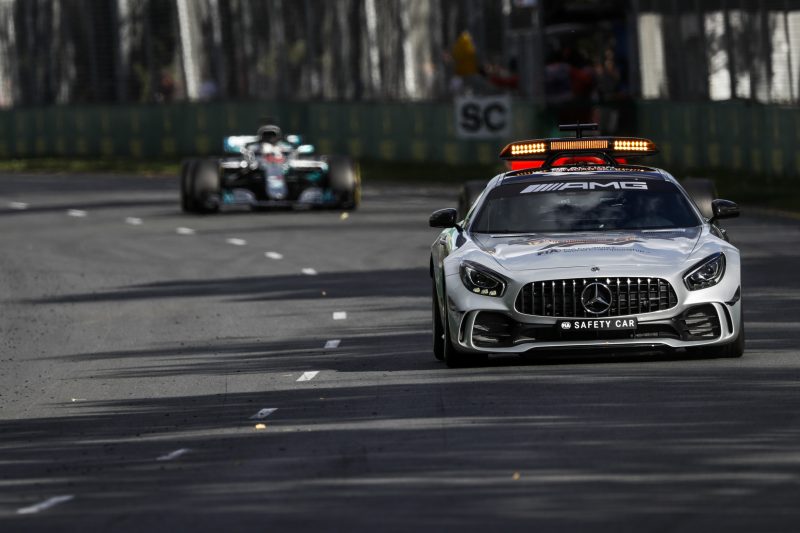 Mercedes lost out to Ferrari under the Virtual Safety Car

Mercedes has admitted a bug in its calculations led to Sebastian Vettel claiming victory over Lewis Hamilton in the Formula 1 Rolex Australian Grand Prix.

Vettel emerged from the pits ahead of Hamilton after the Ferrari driver served his stop under Virtual Safety Car conditions.

Unable to explain the scenario to Hamilton mid-race, the team has since completed an investigation into how Ferrari gained the upper hand.

“It was an offline tool that we create these delta lap times with and we found a bug in the tool that meant that it gave us the wrong number,” explained Mercedes’ chief race engineer Andrew Shovlin.

“The number that we were calculating was around 15 seconds and in reality the number was slightly short of 13 seconds, so that was what created our delta.”

It proved enough of a difference to allow Vettel to emerge from the pit lane in front of Hamilton after the German was able to accelerate up to the pit speed limit line once in the lane itself.

Once cars have reached the Safety Car line in pit lane, they are free to accelerate above Virtual Safety Car speed, provided they’ve then returned to 60km/h by the time they cross the speed limit line at the entry of the working zone in pit lane.

Having now identified the issue, Mercedes is now looking to improve its processes overall in an effort to prevent a repeat occurrence.

“It is really about understanding everything that went wrong, gathering all the data, and invariably it is never just one thing,” Shovlin explained.

“There are elements that we can do better with calculating that, but we have also looked at it for the future.

“We are going to make sure we have more margin because we want to be able to cover for Vettel doing an amazingly good in-lap to the pits, or having an incredibly fast stop.

“With any of these things, we look at what went wrong, work out how to solve it and then put the processes in place to make sure we don’t have a repeat.”

The F1 season heads to Bahrain for Round 2 next weekend.