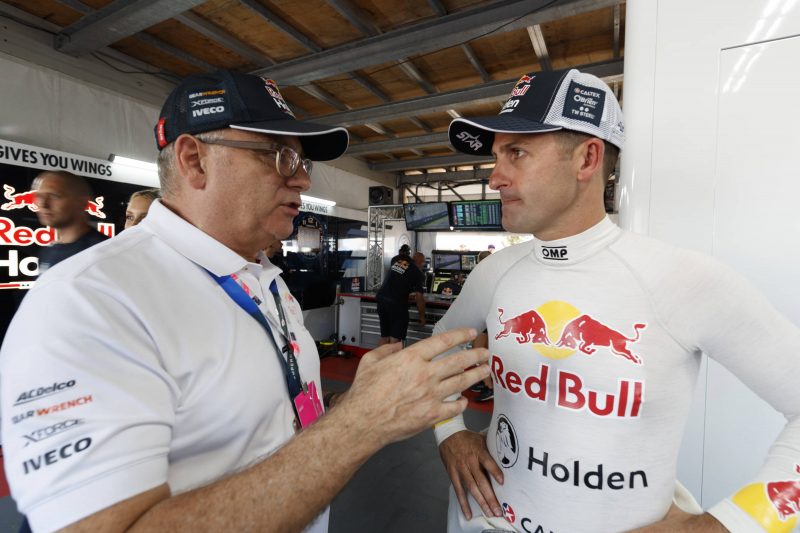 Brown has raised concerns regarding parity among Holden teams following the manufacturer’s decision to conduct the development of the new ZB Commodore aero package through factory team Triple Eight.

Triple Eight has spent more than a year investing its time and resources in developing the car on behalf of all the Holden Supercars teams.

Dane strongly refutes Brown’s claims, insisting that his team has not gained an advantage over its rivals from developing the ZB Commodore aero ahead of the car’s homologation.

“He clearly doesn’t understand it because firstly we are the ones who paid to develop the body for the car and secondly the panel work once it is produced is not developed (any further). It is homologated now, so it is what it is.

“We have got no advantage other than the advantage we’ve had over them for many years in being a better team.”

Dane has also pointed to the car’s results in the hands of customer teams to further back up his response with five squads already enjoying visits to the podium.

He also highlighted that Walkinshaw Andretti United has already recorded better results in the six races so far than it scored throughout last season with its VF Commodores.

“The fact is I think the rollout has shown exactly how fair everything has been given that I think five of the six customer teams and all the two car ones have all had podiums if not a race win,” he added.

“They (Walkinshaw Andretti United) have already had a better track record this year than they had last year.”

Triple Eight currently leads the teams’ championship by 93 points from Walkinshaw Andretti United, who topped the standings after the Adelaide 500 season opener.

Next Story Dare to be Different ambassadors confirmed