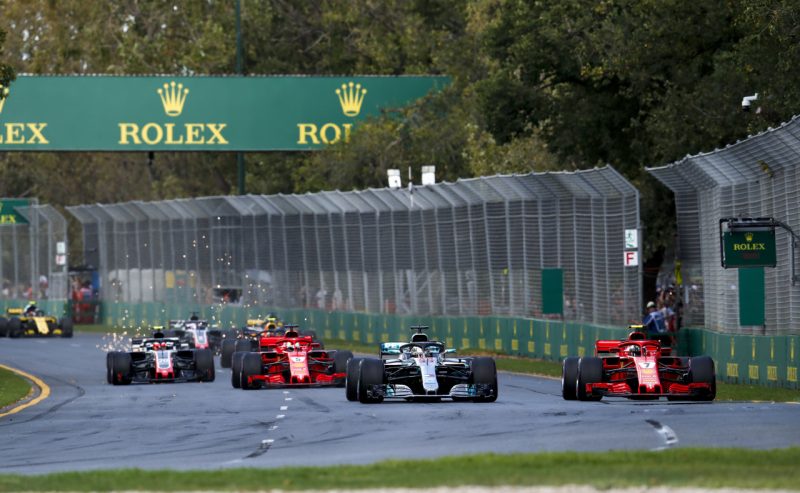 Ross Brawn believes cars need to evolve beyond the current regulations in order for Formula 1’s on-track action to improve.

Formula One Managing Director of Motorsports, Brawn’s comments followed the season-opening Australian Grand Prix in which the decisive moment occurred as a result of strategy rather than a battle between leading contenders.

It left the former team boss to suggest something needs to be done to improve the show as the sport moves towards the introduction of the next set of regulations in 2021.

“Think of how much wheel-to-wheel dicing we missed out on,” Brawn said following Sunday’s race.

“When there is only a small speed gap between two cars then it’s almost impossible for the pursuer to get close enough to mount an attack.

“We saw that with Hamilton and Vettel, Verstappen and Magnussen and again the Dutchman and Alonso and with Ricciardo and Raikkonen.”

Brawn however believes the problem is more fundamental, and that the design of the cars played a significant part in how Sunday’s race played out.

Instead, he suggests the sport needs to evolve the current design regulations such that performance remains fundamentally where it is, but allows drivers the opportunity to attack one another more closely.

“Until we take a structured approach to the problem, we won’t really make any progress,” Brawn reasoned.

“One of our aims, which we are looking at with the FIA and the teams is that, for 2021, we want to have cars that allow drivers to really fight one another on track.”

“We need to evolve a car design that achieves close to the level of performance we now see, but permits wheel-to-wheel action.”

The 2021 season has been identified as the watershed moment as current technical and commercial deals extended until the end of the 2020 season.

Discussions on the topic have been ongoing for some time as the sport seeks to gain unity among teams, a process Red Bull boss Christian Horner has described as ‘impossible’.

Next Story Pay TV ratings up for Australian Grand Prix