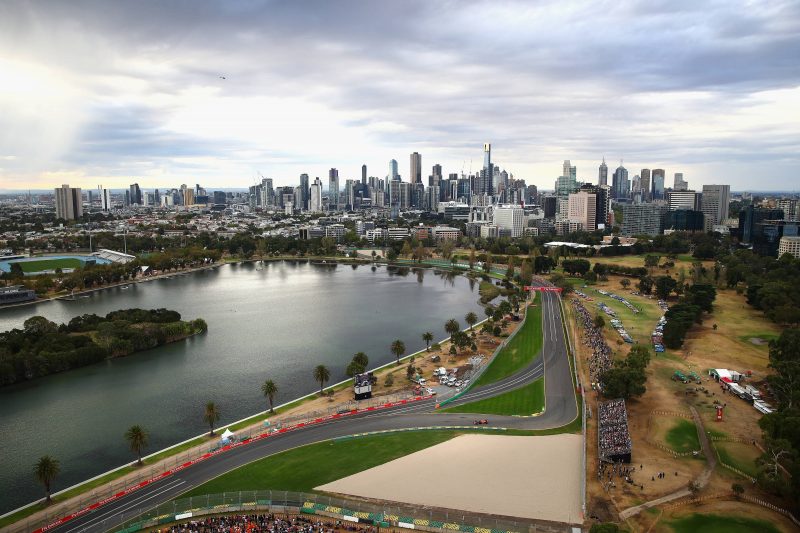 Albert Park looks set to remain in its current configuration

The Australian Grand Prix Corporation is open to suggestions to improve overtaking at the Albert Park Formula 1 circuit but expects the track layout to remain unchanged for future races.

A third DRS zone was added to the Melbourne circuit ahead of last weekend’s F1 season opener in a bid to increase overtaking opportunities.

The Australian Grand Prix venue in the past has come under scrutiny for its lack of overtaking, which has been exacerbated by F1 regulations introduced last year, which saw a decrease in passing overall as increased aero left cars struggling to follow each other closely.

A layout change was tabled as reported by Autosport, featuring plans to alter the high-speed Turns 11-12 which was evaluated before being ultimately rejected.

Comments were once again raised from the F1 paddock over the weekend as overtaking was once again limited to five passes in Sunday’s race won by Ferrari’s Sebastian Vettel.

Red Bull’s Max Verstappen was among those vocal about the difficulties to overtake, but believes the cars are more to blame for the lack of passing than the circuit.

“You do your best to try something, and I was in DRS range all the time, but there is nothing you can do,” he said.

“It is more down to the cars, because there used to be no problem with overtaking.”

The geographical nature of the circuit at Albert Park located around a lake and sporting precinct largely inhibits track changes.

Australian Grand Prix boss Andrew Westacott says his team are open-minded to working with the FIA to further enhance the circuit, although there has been no fresh discussions raised by the FIA during the event.

“It is not easy to change the circuit layout geographically around a lake and so many sporting fields,” Westacott told Speedcafe.com.

“I think the layout will be as it will be. But we are always open minded to working with the FIA and Formula 1, and if there are suggestions we will discuss and review them.

“We always do our due diligence and look at the pros and cons before we do them.

“That (proposed alteration at Turn 11-12) was one of those things. It was on the cutting room floor but it was one of the considerations and we haven’t looked at anything beyond that.

“Someone mentioned that (Red Bull boss) Christian Horner made some comments (about the circuit) but we are focussing on applauding the guys and girls who have committed themselves 100 percent to put on this event.”

F1 race director Charlie Whiting acknowledged the previous attempts to change the Albert Park circuit layout, while revealing that extra DRS zones would be added to other F1 circuits this season.

“We have discussed changes to the track layout here with the AGPC, there is a project that could be realised but I’m not sure where they are with that,” said Whiting.

“We just want to make things a little more interesting, so that’s what we were doing (by adding an extra DRS Zone) and we’ll do something in Bahrain and probably in Baku and in Canada.

“Those are the races we are thinking about at the moment.”

“I take an overwhelming sense of massive pride in the team of people who have been able to achieve (what we put on),” Westacott added.

“It is an immense credit to everyone involved.

“We chatted (with Formula 1 bosses) all week in the same way the partners normally chat and what I would say is they just love our event as a season opener and they love the standard we set and the innovations we introduce.”

Westacott has also praised the addition of a Supercars championship round, which added another element to this year’s Australian Grand Prix.