Vettel: Ferrari not a match for Mercedes despite AGP win

Vettel: Ferrari not a match for Mercedes despite AGP win 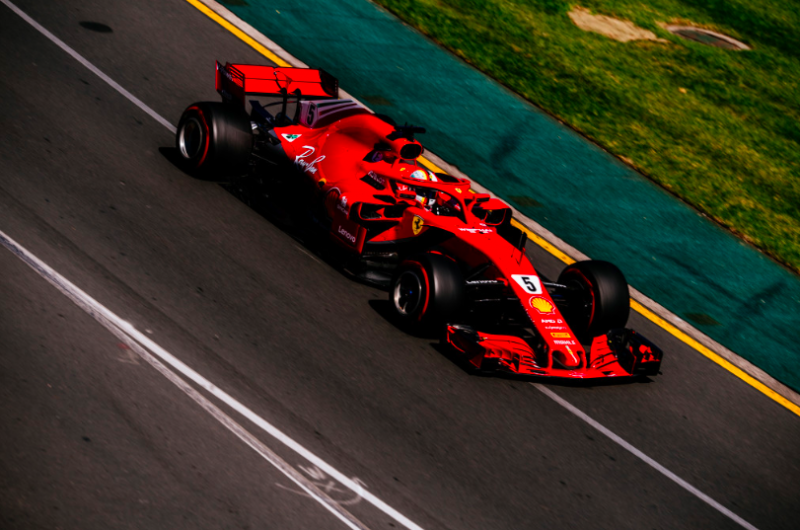 Sebastian Vettel admits Ferrari is not yet able to match Mercedes’ pace despite beating the Silver Arrows to win the Australian Grand Prix.

The Formula 1 season opener provided a glimpse into this year’s form with the Maranello team a clear second having been 0.7s adrift of Hamilton’s pole position lap at Albert Park.

While unable to challenge on outright pace in qualifying, Ferrari were able to outfox Mercedes on strategy in the race although Vettel was aided by a Virtual Safety Car and a suspected software glitch from the reigning world champion team.

Vettel admits his car is not the fastest and has lost ground to Mercedes compared to this time 12 months ago when he also defeated Hamilton to win the Australian Grand Prix.

“If you look at the gaps the whole weekend, we are not yet a true match (for Mercedes),” said Vettel.

“Last year we had more pace relative (to Mercedes), last year we were putting them under pressure.

“Even though Lewis was in the lead we managed to put him under pressure, so he was forced to pit and we benefitted from that, because we had the speed.

“Today I think we didn’t have the true race pace to match them.

“We still had enough pace to stay ahead and make it very difficult for him to be close and try to do something, and compared to the others it didn’t look like there was a whole train behind us too, so I think we had some decent pace.”

Meanwhile, Hamilton has confirmed that he had ‘extra tools’ at his disposal to extend his lead over Vettel had his team not misjudged the gap back to the German when the Virtual Safety Car was called.

“It’s never easy to lose a grand prix but there were so many positives to take from this weekend,” said Hamilton.

“In the race I had extra tools, I could have been further ahead by the first pit stop.

“There were so many good things we could have done, but if one thing is telling you one thing, and you think you’re doing it to the book, within the limits, then there’s nothing you can do.”

Formula 1 heads to Bahrain for the second round of the championship from April 6-8.