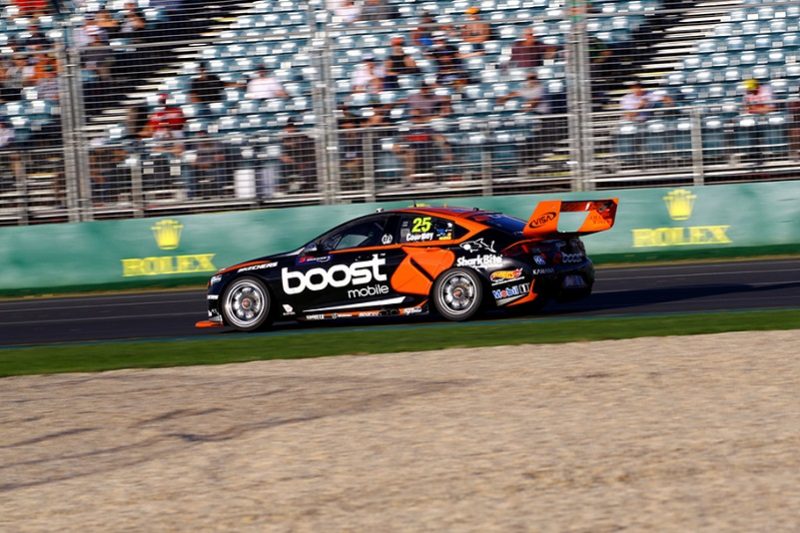 CAMS stewards will investigate the incident that forced James Courtney to retire from the final race of the Coates Hire Supercars Melbourne 400 at the next round of the championship in Tasmania.

The Walkinshaw Andretti United driver was turned by James Golding on Lap 2 of the race, though the Garry Rogers Motorsport driver may have himself been pushed into the incident by Brad Jones Racing’s Tim Blanchard and Erebus Motorsport’s Anton De Pasquale, who were also involved.

Courtney was then hit by Rick Kelly’s Nissan Altima, causing damage which saw both former champions pit at the end of the lap and not rejoin the race.

In other stewards news, Lee Holdsworth was handed a time penalty of 40 seconds for a breach of restart procedures under the late-race Safety Car.

However, having lost two laps to fix damage to the Preston Hire Commodore when Holdsworth was also caught up in Courtney’s crash, the sanction had no impact on Car #18’s finishing position of 23rd.

Tickford’s Cameron Waters, however, dropped from 18th across the finish line to 22nd with a five-second penalty for a Lap 1 driving infringement when he turned De Pasquale exiting Turn 10.

Stewards also revealed 23Red Racing requested an investigation into contact between its driver Will Davison and Nissan Motorsport’s Michael Caruso on the first lap. No driver was found to be wholly or predominately at fault for the incident.

Next Story Bittersweet end to Melbourne 400 for Whincup