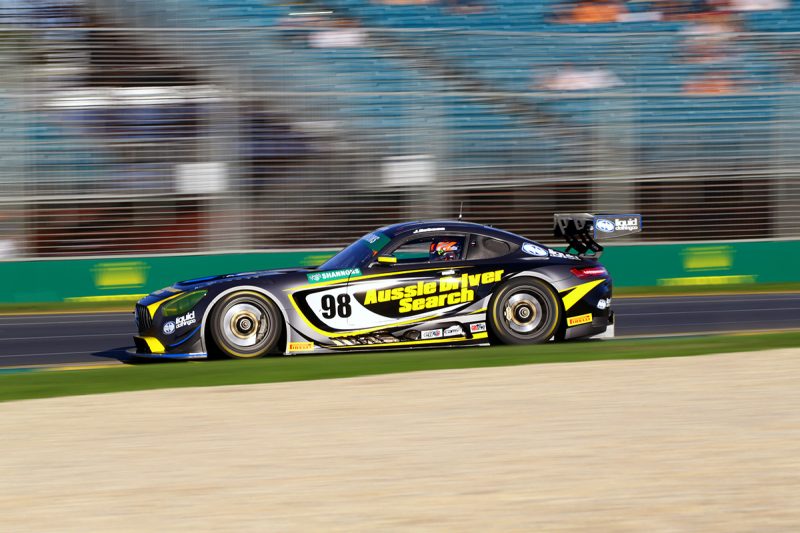 Jaie Robson has headed a Mercedes-AMG one-two for his second race win in his first weekend in the CAMS Australian GT Championship at Albert Park.

The Australian GT rookie opened up a 1.2s lead on Lap 1 and continued to clear out for the first half of the 11-lap encounter.

Behind, Hackett dropped from third to fifth in the opening stages but clearly had pace as he passed Max Twigg (#8 Scott Taylor Motorsport Mercedes-AMG) on Lap 2 and gained another spot when Liam Talbot (Walkinshaw Racing Porsche 911 GT3-R) ran wide on Lap 4.

Lowering the fastest lap on multiple occasions, Hackett closed in on Ross on Lap 6 and made a textbook move at Turn 3 next time around.

By that moment, Robson was 4.7s up the road but Hackett made significant inroads, bringing the gap under 3.0s by the end of Lap 9.

However, the chequered flag looked like coming soon enough for Robson and his lead grew again in the final laps to be 4.0s at the very end for a win which also sealed round honours.

Talbot passed Twigg in what was an impressive battle for third at the time at the back end of Lap 1.

Following Hackett’s charge, the final podium position looked like developing into a contact between Ross and Talbot, but the Porsche driver pinched a brake and ran wide at Turn 3 on the third-last lap.

That error, combined with the influence of lapped traffic, allowed Geoff Emery (Jamec Pem Audi R8) to range right up on the rear of car #911, but Talbot held on to finish fourth.

The Australian GT Championship shifts into endurance mode for Round 2 at The Bend Motorsport Park on the Shannons Nationals program on April 13-15.