Ricciardo ‘to take anger out on rivals’ in AGP charge 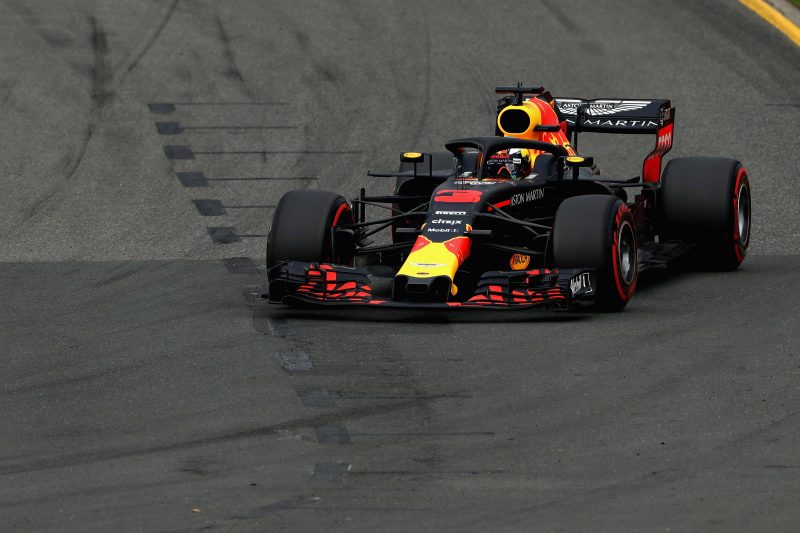 Daniel Ricciardo ‘feels sorry’ for the drivers ahead of him as he prepares for a charge through the field in today’s Australian Grand Prix.

The Red Bull driver will start the Formula 1 season opener from eighth after incurring a three-place grid penalty for a speeding infringement during a red flag period in Friday’s Practice 2.

It is the latest misfortune Ricciardo has suffered in his quest to become the first Australian to score a podium finish on home soil. Last year he failed to make the start due to an electrical glitch, while in 2014 he was disqualified from second.

Still aggrieved by the penalty decision and disheartened following Mercedes’ and polesitter Lewis Hamilton’s blistering pace in qualifying, he is ready to fight his way to the front.

“We’re obviously better than eighth so we will try and make it happen.

“To be honest, I feel sorry for the guys in front of me as they’re the ones I’m going to have to take my anger out on.”

Albert Park is renowned for being a circuit where overtaking is at premium and Ricciardo is hoping to capitalise on a alternative tyre strategy to the front runners.

Both he and Red Bull team-mate Max Verstappen will start the 58 lap race on supersoft tyres instead of the faster but higher wearing ultrasofts set to be used by Mercedes and Ferrari.

“We’re the only ones in the top 10 staring on the supersoft so hopefully that helps us and ideally the leaders have trouble making the one stop work with the ultrasoft and we capitalise there,” he added.

“It’s going to be pretty tricky to overtake so strategy will be key.”

Ricciardo is not the only driver hoping for a clever strategy to lift him up the field.

Toro Rosso’s Brendon Hartley believes tyre degradation will be a key feature in the race, which will be the Kiwi’s maiden Australian Grand Prix.

“This track it’s probably one of the hardest on the calendar to pass; it’s a tall order,” said Hartley.

“Tyre degradation will be a big story, so maybe managing tyres and a good strategy can bring us into the game.

“We’re in that midfield battle, passing will be hard and we’ll do our best. We’ll have to wait and see.”

The 2018 Formula 1 Rolex Australian Grand Prix is scheduled to begin at 1610 local time/AEDT.