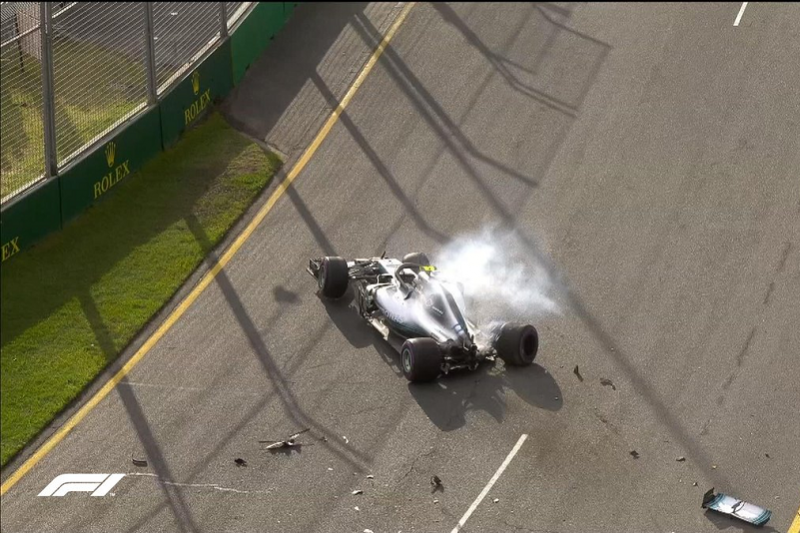 Valtteri Bottas is set to start the Formula 1 Rolex Australian Grand Prix from 15th position after incurring a penalty for a gearbox change.

The Mercedes driver suffered a heavy crash in the final segment of qualifying at Albert Park when he lost control through Turns 1 and 2.

Bottas slid into the barriers and caused significant damage to the front and rear of his W09 chassis.

Mercedes has confirmed that the car avoided chassis damage but will require a gearbox change triggering a five-place grid penalty, which will see him drop from 10th to 15th spot for today’s 58-lap race.

Team-mate Lewis Hamilton will start from pole position alongside Ferrari’s Kimi Raikkonen, while Red Bull’s Daniel Ricciardo will aim to charge through the field from eighth after a three-place grid penalty.

Next Story Hamilton and Vettel renew rivalry ahead of AGP