Hamilton and Vettel renew rivalry ahead of AGP

Hamilton and Vettel renew rivalry ahead of AGP 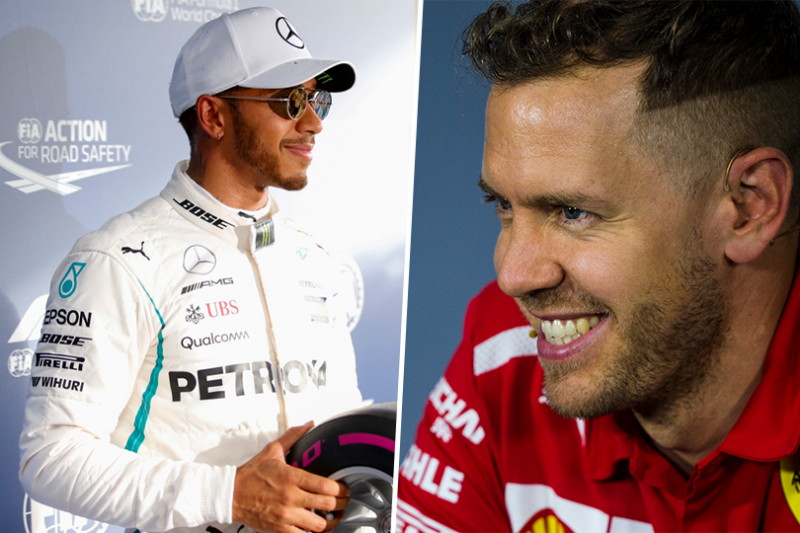 The duo went blow-for-blow in last year’s championship battle, famously clashing at Baku under the safety car, before an upturn in form in the second part of the season earned Hamilton his fourth season.

With the Mercedes driver scoring pole for the Australian Grand Prix by almost 0.7s, Vettel was quick to raise the possibility of the Englishman utilising a high performance ‘party mode’ for the F1 W09 in Q3.

“I can assure you, we don’t have a party mode,” Hamilton said.

“I was waiting to put a good lap in. Wipe the smile off your face!”

In an exchange that was testy at times, Vettel responded to the jibe from his rival.

“I think what goes around comes around. At the end of the day that’s why we’re here, we want to have fun. If that’s what he enjoys, obviously on Saturdays he’s doing pretty well,” the Ferrari driver said.

“He’s free to have a party on Saturday night and then hopefully Kimi and myself will have a party tomorrow (Sunday).”

The German driver welcomed the suggestions of Mercedes’ ‘party mode’ during qualifying, hoping reliability concerns would lower their pace on race day.

“I hope they did turn it on today, as that means they have turn it off tomorrow (Sunday),” he added.

“I think it’s very close. I think we saw yesterday in the long runs that the pace is very close, so let’s see.

“It’s not the easiest place to overtake but who knows, if we have an opportunity at the start and then in the race you never know

“A shame that Lewis had quite a big gap at the end but I guess his lap was pretty good.”

Hamilton admitted he was initially taken back by the pace of the Ferraris earlier in qualifying before setting his pole lap.

“It was a real surprise to see how quick the Ferraris were, from already Q1,” the Brit said.

“The speeds they had on the straights; they’ve obviously made an improvement in their power mode.

“I think we were similar speed through the corners but definitely their power mode was quite strong. And that remained the same through the session.

“But obviously getting out and getting the tyres working optimally and staying in the right zone through the whole lap was definitely difficult, it always is here, particularly with the rears.

“It was tricky. But that last lap was the best of this weekend. I’m very, very happy with that lap. It was one of my best.”