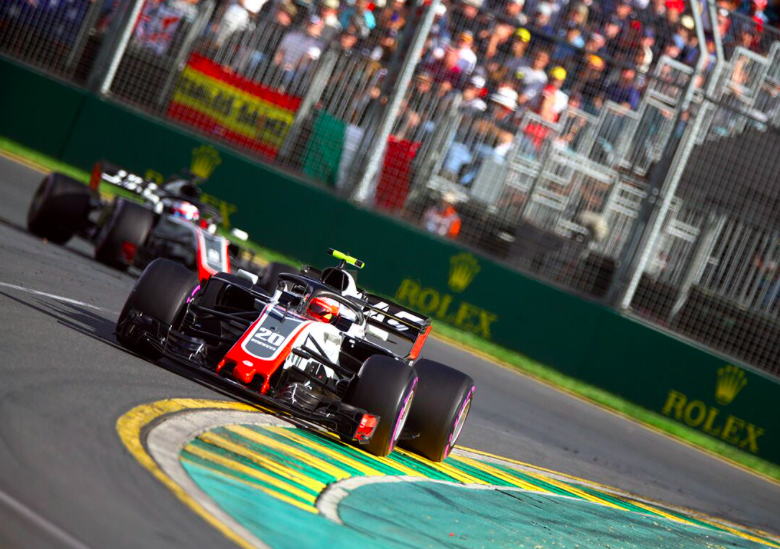 The Haas F1 team has been fined almost $16,000 (AUD) for unsafe releases of its cars from the pits which led to a double retirement from the Australian Grand Prix.

Kevin Magnussen and Romain Grosjean had been running fourth and fifth before both cars crawled to a halt shortly after visits to pit lane.

An explanation for the retirements is yet to emerge although the pit crew clearly indicated a potential problem with the cars after they left the pit box.

An FIA investigation deemed the cars were “released in an unsafe condition” resulting in €5000 fines for each incident.

The retirements triggered a Virtual Safety Car which was then upgraded to a full Safety Car period which proved vital in deciding the outcome of the race won by Sebastian Vettel.

Magnussen described the retirement as “heartbreaking” having been on course for a strong points finish.

“It’s a tough one to swallow for the whole team, with both cars not finishing in such good positions and so much anticipation coming up to this race,” said the Dane.

“Being in such a good position with both cars, it’s just so heartbreaking to finish like that. We’ll get on top again and we’ll fight back and do it all again.

“The lovely thing about Formula 1 is you go straight from those horrible things to talking to you guys (the media). I haven’t met them (the team) yet.”

Grosjean also lamented the problem which cost the team a sizeable points haul.

“Today I had a great pace. I am sure I could have stayed a bit more with the front runners if I had been in front of Kevin earlier in the race,” said the Frenchman.

“We will analyse everything, understand what happened exactly, and come back stronger as we always do.

“It’s a lot of points lost today, but if we can repeat that performance over and over, we are going to forget that one very quickly.”